Over the years the seesaw of nutrition trends appears to have only done one thing— confused people. The 80’s brought around the super low calorie hype. In the 90’s we had the low fat Atkins crew. In 2014, we seem to have done a high fat, low carb Paleo spin.

But amongst all the scaremongering and bullshit, there is one myth that seems to have hung around, clinging for dear life. This fucker is just so overwhelming, ubiquitous and taken as downright gospel—it’s scary.

Amazingly enough, no one ever questioned why this bad boy hung around—they just rolled with it. It’s about time someone shed some light on this bitch. So here’s my attempt to shower you with a rainbow filled, unicorn inspired knowledge bomb that you’ll (probably) never forget.

It’s the myth of clean eating. If there’s one thing you need to drill into your psyche it’s this:

There is no such thing as a bad food, only a bad diet. (TWEET THAT SHIT!) 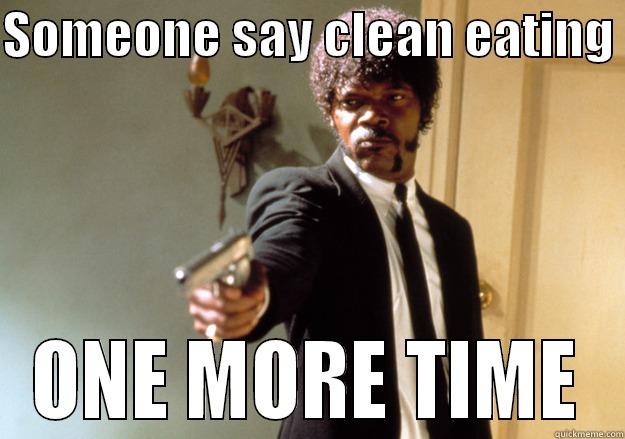 Remember those ‘clean’ foods you thought you needed to eat to get in shape? Well, they “kind of “don’t exist. (I’ll get to the “kind of bit in a minute.) For now, it’s important to understand that there is nothing inherently bad about eating the foods we love. To look good naked we just need to focus a little more on the amount in which we consume them.

Now I totally understand how hard this is to wrap your brain around at first (I’ve been there) but have faith, you’ll be thanking me later.

Let me take the bull by the horns here and give it to you straight.

(By the way, that did actually happen. I once tackled a bull in Mexico. And of course, I won.)

What is a “Clean” Food Anyway?

Why all the confusion? One of the huge issues with the term ‘clean’ is that it’s subjective:

Vegetarians believe a meat free diet is the answer. Vegans think animal products are the devil. Most governments pursue cholesterol and saturated fat scaremongering and bodybuilders detest anything that isn’t chicken and broccoli.

In the end, it all comes down to “nutrient density,” a douchebag term for the amount of micronutrients in a particular food. Micronutrients (vitamins, minerals, etc.) are the good guys that help your body fight disease, function optimally and carry on being fucking awesome.

Well shit, if you sit on your ass all-day and just eat Twinkie’s then yeah—that is pretty likely.

But if you eat a balanced diet and include fruit and veggies, there is no need to be afraid of processed, ‘dirty’ foods.

What I’m Not Saying

What I am saying is that in the context of a nutrient dense diet, there is no such thing as a ‘bad’ food.

Why the Obsession with Clean Eating Needs to End

This belief in clean and dirty foods breeds seriously bad relationships with food,

especially for people who care about their health. Looking sexy and squeaking a few more bed springs is just an added bonus.

A preoccupation with the categorization of foods as exclusively “healthy” or “unhealthy” is actually diagnosed as a medical condition. Orthorexia Nervosa is a proposed eating disorder in which people characterized by an extreme or excessive preoccupation with avoiding foods perceived to be unhealthy. Their diet delusions cause them to end up binging, feeling depressed, and then repeating the cycle.

Whilst half of America is overweight, believe it or not, orthorexia appears to be on the rise. Especially amongst people who are concerned with their body image.

For many people, the separation between health and body composition is an elusive one, and a true education regarding the context of nutrition is vitally important for the future sanity of all people truly wanting to stay healthy.

The perception of a “clean diet” is exactly that. A perception.

If this article loosens the shackles of the clean eating myth from around your neck—if it allows you to live a more enjoyable, flexible lifestyle—I have done my job.

At the end of the day though, if you must subscribe to a tribe and follow what you believe in that’s fine. All I can say is: 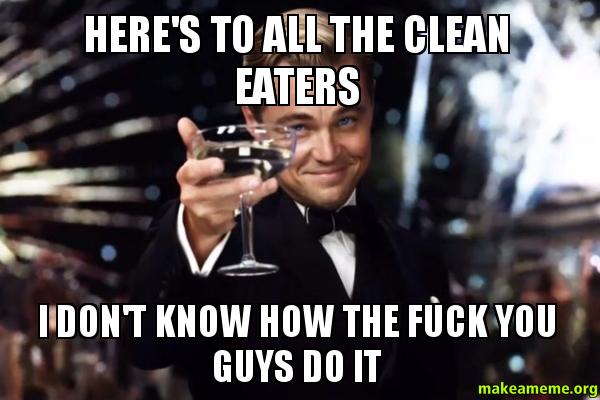