3 Tips To Keep Your Inner Food Hulk At Bay

Instead of throwing in the towel and resigning yourself to a lifetime of yo-yo dieting and constant setbacks, it’s time to fight fire with fire and learn what Earth’s mightiest hero can teach you about overcoming diet anxiety once and for all.

That time when you ate half the birthday cake (and it wasn’t even your birthday) because you’ve been denying yourself for days on end?

When you intend to eat just one serving of ice cream, but before you know it your head is stuck in the container because you tried to lick the last drop out of the corner?

Hulking Out is that glorious “f*ck it” moment where you throw your metaphorical papers into the air, say to hell with everything and go on an unexpected roaring rampage of food consumption.

Instead of throwing in the towel and resigning yourself to a lifetime of yo-yo dieting and constant setbacks, it’s time to fight fire with fire and learn what Earth’s mightiest hero himself can teach you about overcoming diet anxiety once and for all.

1. Use A Less Severe Calorie Deficit

When we’re hungry, our proclivity for making food related blunders increases by a bajillion percent. Dieting isn’t something that our bodies necessarily enjoy – we’re tapping into fat stores that it has grown accustomed to having – so the bigger the energy deficit we create, and the longer we do so, the more inclined our bodies are to sound the “FEED ME!” alarm.

This is why crash diets don’t work in the long run. They impose severe calorie restrictions in an all-out blitz on the fluff, with your body using all the tricks in the book to try and get you to eat more.

Once the diet is over, the sense of freedom can be overwhelming and the Hulking Out process begins, often leading right back to where you were (or worse) over the course of uncontrolled weeks or months.

To combat this, more is more.

To start, begin with a conservative deficit of anywhere between 200 and 400 calories, holding this level steady for as long as you can before adjusting variables. When the time comes, think of adding more activity instead of cutting calories further – save that as an option of last resort.

When doing so, adjust downward slowly in the neighborhood of 100-150 calories, letting your results dictate when to make this executive decision.

The goal of a diet is to eat as much food as you can while still making sustainable progress, not cutting as many calories as possible in a mad dash for the fat loss finish line. Eating more calories, while still remaining in an overall weekly deficit, leads to more compliance and less Hulking Out, allowing you to enjoy the process as much as possible along the way.

When we restrict ourselves, putting certain foods onto an untouchable pedestal, it’s only natural for us to want them more than ever before.

Want to ensure that you’ll Hulk Out in a remarkably horrible fashion? Tell yourself that a food you love is completely off limits or restrict it severely. The naughtier you make the food, the higher the chances of you losing your damn mind when you actually decide to indulge because you’ve hyped it up so much.

The apple pie that was an occasional thought before might as well sprout legs and embark on the epic Hobbit-esque journey directly into your mouth.

The only foods that are “bad” are those that you can’t tolerate, can’t control once you start, or hate the taste of. Approach your diet with the mindset that there are no off-limit foods and that everything is on the table. Once you know that you can have anything you want, the desire to actually have it diminishes.

3. Hug It Out With Yourself

You’re human. You’re going to slip up at some point. Let’s just hope your mistake doesn’t involve busting out of your shirt and causing millions of dollars of damage to NYC.

It’s not what happens that will define you, but how you respond.

A typical Hulking Out scenario looks something like this:

So, what’s the answer? Chill out!

I know, it’s hard to do in the moment, especially with so many emotions running through your head at the time. I’ve been there many times myself. Nothing positive comes from wearing yourself out physically and mentally as a form of punishment. In fact, it just increases the likelihood of it occurring again as you constantly reinforce this pattern.

Instead, get in the habit of being more forgiving of yourself, looking to find the lessons in each setback so you can act differently the next time.

Ok, so you goofed up. You made a minor error on one of the thousands of days that you’ll likely live—a dribble in the bucket of life that won’t mean a thing to your results in the grand scheme of things.

This is a lifestyle, baby.

Keeping a long term perspective instead of boxing yourself in with rigid and sometimes unrealistic short-term deadlines will go a long way towards keeping the Hulk at bay.

Want more great perspective on nutrition from the team at Mark Fisher Fitness AND ongoing support and accountability? The next round of Unicorn Nutrition Coaching start soon! 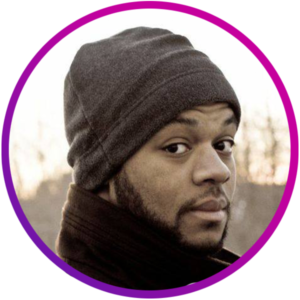 Rog Law is a Ninja Trainer and Swole-Lord Supreme at Mark Fisher Fitness. The only things he loves more than fitness are Cinnabons and laughing like an 8 year old on the playground. Using his unique style of hilarity and an unyielding sense of positivity, his goal is to show people how to use fitness as a tool to not only get in shape and feel amazing, but to make every area of their lives better. Legend has it that if you turn off the lights and say “Rog Law” in the mirror three times, he will show up and eat all the food in your refrigerator.
Instagram Facebook Youtube Yelp