I read a lot of books.  Like… a LOT of books.  Like a fuck ton of books (… I just counted, and I’ve read 28 books in the past two months.  Yes I count.  No I don’t usually read that many.  No that doesn’t even count Game of Thrones.  Yes I’m a nerd.).   I read mostly non-fiction, and I cast a pretty wide net as I’m obsessed with the human experience, and I’m so curious about just about everything that it practically hurts.

Two of my favorite things to read about are psychology and nutrition (SHOCKER!).  In the course of my professional reading, I’ve come across a few books that address both and have influenced my thoughts on the pursuit of health and hotness.

I’m always on the lookout for ways to make fitness glory simpler, so let me share some simple ways to stay leaner and/or lose some lbs! 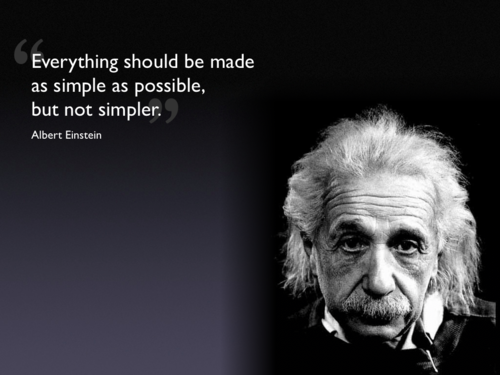 Mindless Eating – This book by food psychologist Brian Wansink is another contribution to the recent wave of books that explore why smart people do dumb shit (see also How We Decide, Why We Make Mistakes, Blunder, etc.).  I am not stupid, and yet I also do some dumb shit from time to time, so I’m fascinated by the limits of the intellect in insulating us from errors in judgement.

Mindless Eating makes the important (if not totally unsurprising) point that people are influenced by their environment in ways they don’t recognize.  People consistently think they’re not swayed by things that profoundly affect how much they consume.  (“Well… SOME people might by influenced by that, but not ME”… WRONG!) If you are eating popcorn out of a big-ass container, you’re more likely to eat more than if you’re eating it out of a smaller container.  Key take-aways from this book:

–       In contrast to the all out war approach, for many folks, slower and steadier changes in habits lead to better long term compliance.  Instead of drinking 3 Cokes a day, try drinking 2, and you may start to lose some fat without having to feel deprived.

The End Of Overeating – David Kessler, the former FDA commissioner best known for taking on Big Tobacco, takes a swing at Big Food.  Kessler’s thesis is another important, if not particularly earth-shattering, point: the American diet is an onslaught of fat on salt on sugar in amounts never before seen by the human race.  These “hyperpalatable” foods can literally create a powerful addiction that people will struggle with for their whole lives.  Key take-aways:

–       Give yourself a damn break.  You’ve got an addiction.  You were never really meant to have access to such a large amount of “hyperpalatable” foods with such convenience.

–       Take responsibility.   Just because you have an addiction doesn’t mean you’re not accountable.  Many of the same strategies used to overcome other types of addiction will help you avoid housing a whole cheesecake.

Eat Stop Eat – Brad Pilon’s e-book is an important contribution in the growing number of books and info products that are dissecting and proposing variations of intermittent fasting.  Unlike the bullshit “just don’t fucking eat” starvation fasts, “detoxes,” and “juice cleanses,” Pilon actually has some substantial research to back up his recommended style of eating.  Pilon recommends folks abstain from eating for one or two 24 hour periods in a given week (for instance, no eating from 2pm on a Monday until 2pm on a Tuesday).  Instead of “dieting” on a daily basis, Eat Stop Eat is a super simple way to reduce your weekly caloric intake and lose body-fat, not to mention provide some other unexpected health benefits.  Key take-aways:

–       To do this properly, don’t “reward” yourself on the other days.  Simply eat the way you usually do, and just cut out eating for one or two 24 hour periods.

–       Pilon argues Eat Stop Eat is a superior way of eating because it’s sustainable indefinitely.  All diets work, but most people have a hard time keeping weight off after they stop their “diet.”  As Dan John says, “adherence trumps dogma,” and I think Pilon may be on to something here.

All three of these books have some interesting info and useful tips that can be of value to those who seek a life of health and hotness.  Interested readers are encouraged to read the books themselves!  And if reading sounds like a lot of work, no problem.  I’ll see you at the Clubhouse where we will do the reading for you and you can just rely on our expertise!