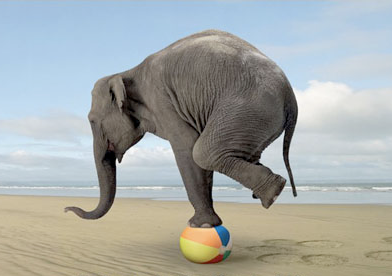 One of the most common things I hear from clients is a feeling of wanting more balance in their lives. But how do we measure balance?

If everything in life was rated on a scale of 0 to 10, this is how many people assign meaning to those numbers:

If something is at a zero, people feel like they have failed at it. Or, even worse, they feel like they don’t have the capacity for it at all, which makes them feel like there is something inherently wrong with them. This feeling can be very isolating and can lead to all sorts of feelings of shame, despair, and hopelessness. Your self-talk might sound something like: “I’ve always been terrible at _____ and I always will be.” Or, “I’m just not ____ enough.” Or, “I’ve tried a million times and ____ never gets better.”

If something is at a ten, people feel that they’ve succeeded at it. But this can be a double-edged sword. Sometimes people question the success, “waiting for the other shoe to drop.” This causes them to spend all of their time waiting for something to happen that will take it away, which takes all of the joy out of it. This feeling can cause anxiety, exhaustion and ultimately, disappointment. Your self-talk might sound like: “I have so much money right now. What disaster is coming that will leave me broke?” Or, “I just landed my dream role! Ben Brantley hates the director, the composer and the male lead. We’ll never make it past 10 performances.” Or, “I’m so ‘successful,’ so why am I not happy?”

Throwing Out the Measurement Scale

What if the numbers on this 0-10 scale weren’t a measure of how good or successful you are at something, but of how much something aligns with who you are when you’re living your best life? What if, instead of success, 10 was a measure of what is most important to you in your life? And what if, instead of failure, zero was a measure of what is least important to you in your life? What if you measured balance in your life by how much you honor the things in your life based on their importance to you? You would be honoring your values by aligning them with your actions, and in so doing, achieve balance.

For example, Person A may value learning, independence and flexibility as 10s in her life, but work a repetitive job with a set schedule and three different supervisors. She might feel completely out of balance in her life. She then has a choice to stay in this job and find different ways to engage with her core values at work and outside of work, or find a new job that better matches her values.

Person B may value service to others, connection, and compassion as a 10 in his life and Person A’s 10s (learning, independence and flexibility) might only be a 1 or a 2 for him. He could work Person A’s job and spend his free time volunteering for a charity he loves and feel completely in balance, because he is honoring his values by proportionately aligning his actions with them.

In either case, nobody else’s “scale” matters. Everyone’s values are different and it is your values that make you who you are. Acting in alignment with someone else’s values for whatever reason (money, pressure from your family, spouse, friends, boss, or because society tells you to—because you think you should) will just make you feel more off center. Acting in alignment with your own unique values, with what makes you feel most alive, is what brings you joy, fulfillment, and a sense of balance.

Anaïs Nin said, “And the day came when the risk to remain tight in the bud was more painful than the risk it took to blossom.” Putting ourselves on a scale confines us to a life within a set of rules we didn’t write.

When we throw out the scale and live in alignment with who we really are, we can’t help but blossom.