4 Surprising Ways to Increase Your Metabolism

Tired of hearing about the latest superfood that’s the end-all-be-all for fat loss? When combined with a negative energy balance, here are four non-food sources that can give your metabolism a healthy boost and make your fat loss efforts more effective.

No one likes fat loss. Saying you enjoy fat loss is like saying you enjoy giving the IRS your hard earned money. And who the hell wants to admit that?

But every year, millions of people attempt to lose excess weight. And of those millions of people sweating it out in gyms across the world, the majority of them would do just about anything to increase their metabolism so they can achieve their goals in less time.

Sadly, you can’t fight science. And no matter what any gimmicky product tries to tell you, the key to burning body fat is to maintain a negative energy balance. Still, you see stories all the time online or in the news about some new fat-burning superfood that’s the end-all-be-all for fat loss.

Here’s the thing: there are foods that can increase your metabolism and aid in your quest to becoming a lean, mean, muscular machine. But they’ll only work when you’re in a caloric deficit.

And some of these so-called “superfoods” are a little too pricey for my wallet.

Here’s a few non-food sources that can increase your metabolism and help make your summer shred a little bit easier.

There are two things people moan about when it comes to dieting:

When it comes to cooking lean cuts of meat like chicken breast or white fish, it’s important to keep spices like rosemary, oregano, salt, black pepper, ginger, garlic, and chili pepper in your pantry. Hot chili peppers have been used for centuries around the world medicinally but also for adding more flavor to food.

Capsaicin, the compound that gives peppers their kick, has been studied by hundreds of people due to its effect on the thermogenic process. For instance, one study found that men who ate meals with added capsaicin pepper metabolized food more efficiently than those who didn’t. And, they consumed 25% fewer calories without feeling hungry later.

Other studies have backed up the hunger blunting effects of capsaicin as well.

So, adding a little hot sauce or chili peppers to your next meal will not only help increase your metabolism, but they can block those pesky hunger pangs that happen during a cut.

Fact: coffee is the second most traded commodity in the world (number one is oil). And in the United States, the average coffee drinker consumes 3.1 cups of coffee a day. Like capsaicin, studies have found that coffee increases your metabolic rate, with much of that increase coming from the burning of fat.

Here’s how coffee works to mobilize stored fat in your body. The caffeine in coffee stimulates your nervous system by increasing the amount of epinephrine in your bloodstream. Epinephrine then tells your fat cells it’s time to break down and head to the blood to be used for energy.

Even if you’re sitting at your desk and working, caffeine increases your resting metabolic rate. This rate can range anywhere from a 3-11% increase. And one study found that those who are already lean, can see their metabolic rate increase by nearly 30%.

Sadly, there is one drawback to consuming massive amounts of coffee. Over time, the effectiveness of caffeine for those that are heavy coffee drinkers lessens. So, heavy coffee consumers will lose the metabolic benefits held in those tiny, delicious smelling beans.

Dehydration can have a horrendous effect on your workouts. But it can also wreck your metabolism. Proper hydration does two things:

But when you’re dehydrated, your liver has to pick up the slack from your less efficient kidneys to rid the body of toxins. This means you’ll lose some of the fat burning capabilities of your liver. And you’re trying to lose body fat, right? So that’s not good.

Guzzling down more water will not only help your liver better process its fat stores, but consuming 500 milliliters of water before each meal could help you lose an extra 5 pounds over 12 weeks.

Drinking ice cold water has also been shown to increase your metabolism due to the thermogenic effect of bringing the cold water up to body temperature.

The effect isn’t staggering to say the least. But every little bit counts, right?

Okay, so stick with me on this one. This metabolism stoking non-food source is pretty neat. Non-exercise activity thermogenesis, or NEAT, is what happens every day as you walk through the world. Actually, it’s happening right now as I type this very sentence.

Typing this only burns a few calories, but my point is NEAT is all the physical activity you do everyday that isn’t structured exercise:

But here’s the interesting thing about NEAT. According to a study by the American Heart Association, the amount of NEAT you perform every day may be entirely influenced by your environment.

If you’re an office worker who sits all day and only gets up to go to the bathroom or leave for the day, you’re not in an ideal place that promotes activity.

Now, if you’re a garbage man, a postal worker, or even a doctor or nurse, your NEAT will be far higher as your job requires more activity. The American Heart Association study estimates that NEAT can vary by up to 2,000 calories a day.

That’s the recommended daily allowance of calories for an adult male by the FDA. So how can you get more active outside of the gym and increase your NEAT even if your environment isn’t conducive to activity?

One way the above study concludes that you can increase NEAT is to get rid of your chair and use a standing desk. Or hold meetings with colleagues while everyone takes a walk. The study even suggests using yoga bands and stretches as a way to improve group dynamic before beginning work every morning.

You may not have control over your work environment, but to increase NEAT look at the environment you live in and look at ways you can change it. You could do this by parking further from where you work, getting off the train one stop early, walking to the places that are less than a mile from your home, or taking the stairs instead of the elevator.

Energy balance is the key to driving fat loss. And the non-food sources above, according to the data, have been shown to increase your metabolism. But if you’re not in a calorie deficit, it won’t matter, so you need to take care of that first.

When combined with a negative energy balance, these non-food sources can give your metabolism a healthy boost and make your fat loss efforts more effective. 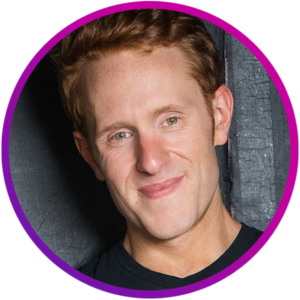 Robbie Farlow is the King of the Gingers, Protector of the North, and an uber nerd who loves all things Star Wars, video games, Marvel, and 90s music. Oh, and tacos and whiskey. He’s an online fitness coach who helps men and women make their 30s better than their 20s. And he writes about all things nerd, lifting weights, emo music, and more at Side Quest Fitness. When he isn’t writing, you’ll find him playing video games, deadlifting, munching on tacos, snuggling on the couch with his wife, and drinking good whiskey.
Instagram Facebook Youtube Yelp