What Is MFF’s Magic? 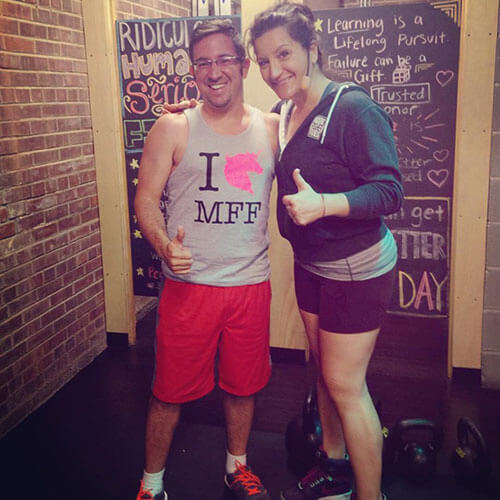 At MFF, fitness is the product but personal growth is the result. People come through the door to make a change to their body. And they do. But it’s the mental changes that are so damn beautiful.

So many of us have been told we aren’t skinny enough, strong enough, fit enough… enough, enough! Training with Mark Fisher, the human, was the first time I ever felt like I had the tools to succeed. And not because he told me… because he showed me.

It was at Mark Fisher Fitness where I learned how to move past my weight loss plateaus and found a new way to transform my body with metabolic resistance training and lifting heavy weights.

It’s there that I discovered how fitness can support our goal of being the best humans we can be, which doesn’t mean being the skinniest or the most ripped, but simply the strongest version of yourself – both physically and emotionally. 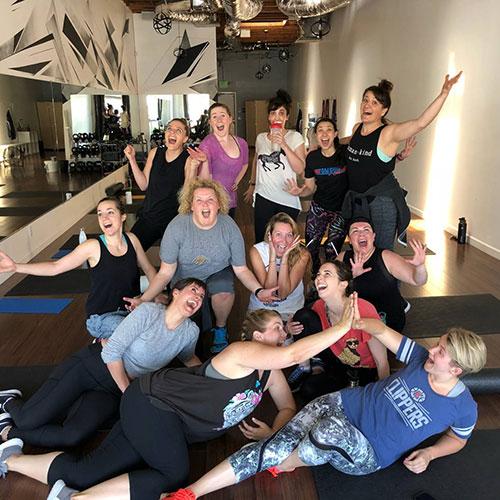 Where is community needed?

But what is community?

A group of people that has an accepted norm or common agenda.

What is the accepted norm at MFF and my new studio in LA, HK Fitness?

You can show up exactly as you are, no matter what! Your time on the mat is about you and your strength.

It’s also the accepted norm to be 100% authentically you. Let your freak flag fly!

Are your burpees better when you screlt out a high note? DO IT!

Community as a Ninja 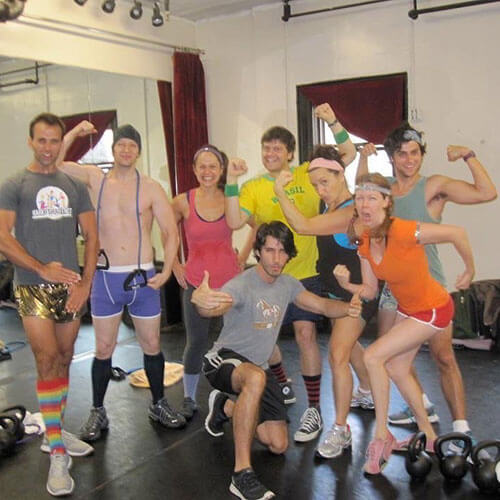 I started as a Ninja for almost two years and from the first day I stepped foot in the Clubhouse, my heart was in it! Why? For the first time in my exercise history, I felt seen and heard and coached!

And at my fitness home in NYC, there was definitely one common characteristic in each and every person that worked and worked out there – heart. Infinite freakin’ heart.

Not only did I feel the communal accountability and energy when I was a Ninja, I also felt it as a member of the MFF team. We showed up for each other in so many beautiful ways. I had never worked with a group of people so invested in one another’s success.

Talk about magic! Knowing that my colleagues wanted me to be my best self was such an inspiration. The icing on the top was learning from the industry’s best coaches who also happen to be my friends.

Community as a Team Member 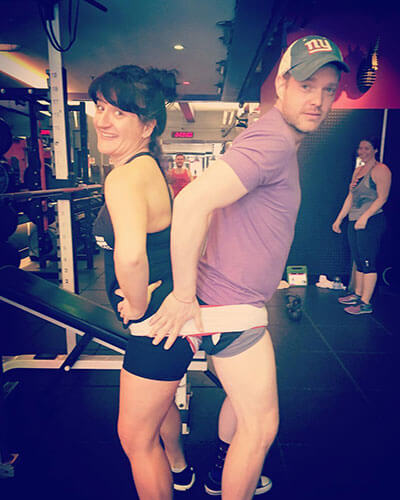 During my time as an MFF team member, Mark always led with COMMUNITY. Being on the team at MFF was by far the best experience I’ve ever had at a “job.” I got to witness my colleagues literally change lives every single day.

Each person affected the Ninjas in their own, unique way. Whether it was through a moment of ridiculousness or smart-as-hell technical training, each trainer finished each session or class leaving their stamp on the experience.

That is how the community was built – one amazing squat cue and one high-five at a time. 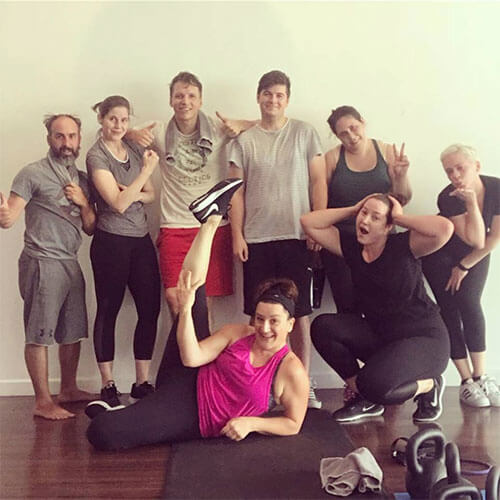 I’ll tell you one thing community’s not about… it’s not about squats or deadlifts or kettlebell swings. It’s about the humans sharing space for a common goal, to get a little bit better.

Losing weight or getting back in shape is why people reach out, but what happens in the space is why they stay.

One of the most most amazing parts of the last eight months has been my role as a witness. I get to see people show up for themselves. And then in turn they show up for each other. It’s beautiful and it’s happening in LA just like I watched it happen in New York.

We all need community. We all need to feel like we belong. We are wired for connection. The success of MFF and the intention for HKFit is that we create a space for that connection to happen. The bonus is that we’re are getting stronger and healthier while this happens.

Both the MFF Clubhouse and the HKFit studio exist to create a space for its people to get a little bit better with each visit. Our mission is their mission.

This is how one community created another – 3,000 miles away – with love and a little bit of magic.

Wanna be a part of a magical fitness community that prioritizes community over the numbers on the scale?

Check out HKFit in LA 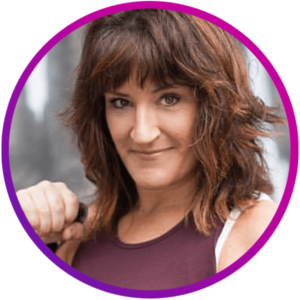 For longtime musical theater professional Steph Wilberding a career in fitness was not a part of her original life plan. However, after five years as a student and later as a head coach at Mark Fisher Fitness (Hell’s Kitchen, NYC), Steph realized she had found her second home.

With the intent of bringing that same inclusive vibe and supportive community to LA, Steph took the leap of opening up her own fitness studio. Upon relocating from NYC in early 2018, Steph opened HK Fitness in North Hollywood. The studio offers HIIT resistance training group classes with a focus on kettlebell and bodyweight calisthenics.

Steph’s certifications include an ACE Group Fitness Certification, HKC (Hardstyle Kettlebell Certification), CSFC (Certified Strength and Conditioning Coach) and Certified Health Coach. She grew up in Piqua, Ohio, and graduated from Saint Mary’s College in South Bend, Indiana. She also studied at the Atlantic Theatre Company in New York City. In her spare time, she enjoys cooking, hiking and traveling.