It’s no secret that Fury’s a big geek. Now, it’s also no secret that I occasionally refer to myself in the third person. Comic books, movies and toys are all deep-rooted parts of my being. Most of my students are not surprised when I reference a comic book or movie character to help cue a technique or lift. However, they are sometimes surprised when something so geeky actually works. These all started out as part of my own visualization process. Yeah, for better or worse, this is how my mind works sometimes. These cues have all been proven to be effective in my own and my students’ training. All right, let’s dork out.

1. CRUSH GRIPPING WITH THE ABSORBING MAN

I’ve found that some folks have hard time truly crush gripping a kettlebell, bar or other implement. Enter the Absorbing Man. Crusher Creel’s power allows him to absorb any type of material he touches. When I set my grip up for a deadlift, I imagine that by crushing the bar the iron of the bar rides up my forearms. My hands and forearms become one with the bar. This helps generate the tension needed to both hold the bar in my hands and get the shoulders stabilized. Become one! 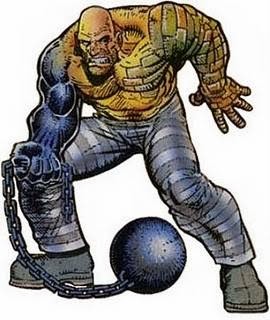 2. WEDGING WITH SPIDEY AND COLOSSUS

This Spider-Man page immediately comes to my mind when it comes to wedging. Wedging is the technique of placing yourself between the weight and the floor. Say you’re pressing a 100 pound Ultimate Sandbag overhead. You want to be directly in between the USB and the floor. Not in front. Not behind. Directly in between. This will allow you to give it all you got it. People’s lives may depend on it. 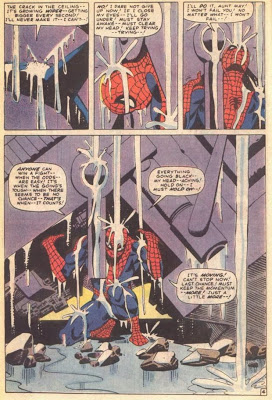 Wedging is critical in most lifts. It takes perfect wedging technique to allow OG Russian strongman Peter Rasputin, aka Colossus, to press The Juggernaut overhead. Who’s the bitch now Juggy? 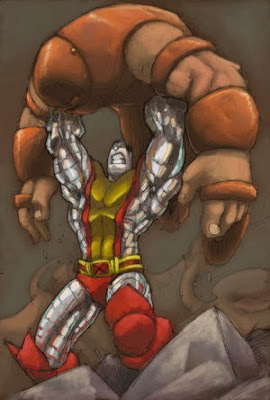 Last year I was at a barbell certification and Pavel Tatsouline noticed that my lower back was going into flexion on the deadlift and back squat. Normally, I can feel when my back starts to round but I had no idea it was happening in front of The Chief. In breaking down a way to stabilize my trunk or cylinder, I thought of the Jaeger robot Gypsy Danger from the movie Pacific Rim. Gypsy doesn’t go into flexion. Neither will I. (TWEET THAT SHIT!) I began visualizing my hips, knees, torso and shoulders as giant Jaeger parts. This visualization actually got me through the back squat testing at the cert. It was time to cancel the apocalypse. 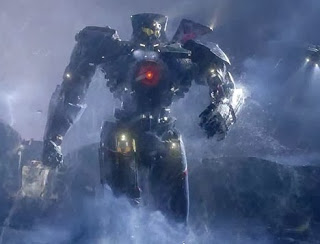 4. THE YO JOE! SHOULDER PACK

When a student’s arms unpack on a lift or swing I often use a G.I. Joe action figure reference. Joes have clearly visible a swivel joint and pin that holds the shoulders and arms together. The arms can move freely and smoothly, while the joint stays in place. Sounds like good swing technique to me. It’s the perfect stable shoulder pack. We can all learn from Beach Head. When my students are younger, I substitute Joes with Power Rangers. Now you know, and knowing is half the battle. 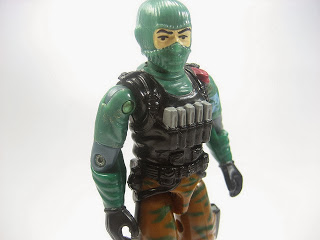 5. WEB-HEAD’S GOT NOTHING ON O.S. ANDERSON

Everyone’s favorite wall crawler has nothing on my buddy, real life superhero and Original Strength co-founder, Tim Anderson. One of the pound for pound strongest guys I know, Tim has literally Spider-Man crawled a mile (seriously, watch below). With the rise of crawling in systems like Primal Move and Original Strength, I find Tim to be the gold standard when viewing it as a strength training method and not just a corrective drill. If you’re going to crawl, crawl like Tim. Just keep J. Jonah Jameson off your butt.

These are my top five superhero tactics. Play with them and see if they help you out. Us geeks tend to smell our own. Go lift and then see Thor: Dark World (it’s pretty darn good).