The Cherry Danish Conundrum: Are You Worthy Enough?

On a crisp, sunny morning in NYC’s financial district, my friend and I strolled along Broadway on a break from work, in search of the perfect late breakfast.  Oatmeal, fruit, and being healthy all were mentioned. She looked at me, eyebrows raised as she matter-of-factly proclaimed, “Sometimes, you just need a cherry danish!” 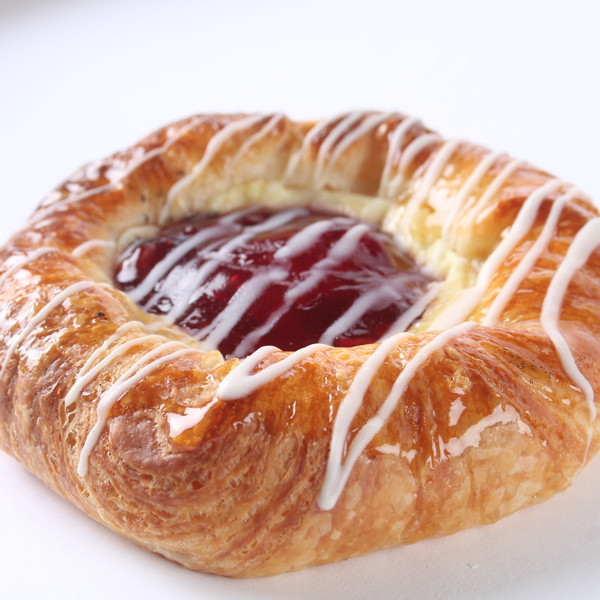 On a crisp, sunny morning in NYC’s financial district, my friend and I strolled along Broadway on a break from work, in search of the perfect late breakfast.  Oatmeal, fruit, and being healthy all were mentioned. She looked at me, eyebrows raised as she matter-of-factly proclaimed, “Sometimes, you just need a cherry danish!”

In a world overcome with talk about healthy eating, I was taken aback by her candor in admitting this aloud on a public street. I nodded. It was true. We talked about how we eat so healthy, work out, etc. We deserve it.

I started to think about all the things we only allow ourselves to have sometimes, because we need to earn them. We seem to do this especially with food and money. “When I finally lose those last 10 pounds, I am going to have that cherry danish!” “When I get my tax return, I am going to buy those expensive shoes!”

Could we be further encouraging some of our less desirable habits by using them as a reward?

Perhaps the problem is that we have exalted indulgences like the cherry danish to lofty prize status—a rare, delectable treat to be enjoyed by only the most deserving. Noting that I have never done this with broccoli, I wondered what would happen if I lowered the status of the cherry danish to maybe something more along the lines of a green vegetable?

Imagine, If You Will

I closed my eyes and imagined a world where I could have cherry danish anytime I wanted.

How did that feel?

In this imaginary world, people ate a cherry danish when, and only when, they felt like it. People weren’t thinking about whether they deserved this treat. They just ate it and enjoyed it. They didn’t overthink this. They didn’t give cherry danish any special value as a reward. It was just a simple, delightful little indulgence they could enjoy with coffee sometimes. Something held at a status somewhere above broccoli, but below rare, imported French pastry. The people in this imaginary place smiled a lot, because their thoughts were not filled with working toward the cherry danish prize. The idea of “value” (other than a simple pleasure) was not involved.

It seems there is a fine line between “desire” and “deserve.” Sometimes, waiting until we are enough—as in thin enough or rich enough—gives us a strange relationship with the goal we are working toward. If eating too many cherry danish is part of the reason we need to lose ten pounds, I can’t help but wonder if earning the right to eat a cherry danish might actually be counterproductive in our quest to control our cherry danish habit!

To be clear, I am in no way suggesting reckless cherry danish consumption for the masses. I am simply submitting that maybe—just maybe—we’ve got this all backwards. Maybe if we convince ourselves that we can have that little treat anytime we want, we will diminish its importance, and therefore the control it has over us. The difference between allowing an indulgence and deserving one suggests an element of worthiness unbecoming of eating a simple danish. When we give a simple treat reward value, we exalt it to a level that allows for a fair amount of control over how we behave. And even worse, our misguided importance of said indulgence may sometimes give us license to use it as a means of self-sabotage.

I know this can sound scary to those of us who struggle to change habits around areas in our lives where we see ourselves as overdoing it—food or spending, for example—but I think this is a concept worth exploring. The people in the imaginary world, a world where they ate cherry danish when they felt like it, made an uncomplicated decision that led to a simple enjoyment. They didn’t consider being deserving of the cherry danish. They didn’t tie it to any kind of value system. In fact, they didn’t even think about cherry danish until they wanted it.

How might life be different today if we begin by proclaiming ourselves cherry-danish-worthy?