How Do You Keep Showing Up?

When everything is weighing you down and you don’t want to show up – at the gym or in life – what gives you the will to continue the fight? Michael Littig offers some timely reflections on strength, ritual, and determination…

This year, two major things happened in my life: a historical election came to an end, leaving many feeling uncertain – whether fearful or hopeful – about the next four years. And in May, my mom passed away after a long battle with cancer.

In tribute to my mom, and in light of current events, I wanted to share some insights I have had in the past few weeks that have helped me deal with loss, especially around the holidays.

In my life, I have had the privilege of working with various individuals living through a major crisis in their community, in Juárez, Mexico when it was known as the “murder capital of the world,” at Dadaab Refugee Camp during one of the worst famines on record, and in Cairo, Egypt during the Arab Spring.

I have met a myriad of human beings that have taught me that a way to survive uncertainty is through strength and determination.

So, how do we, when everything is weighing us down and we don’t want to show up, continue to bloom?

I thought I would share a few stories that may help. 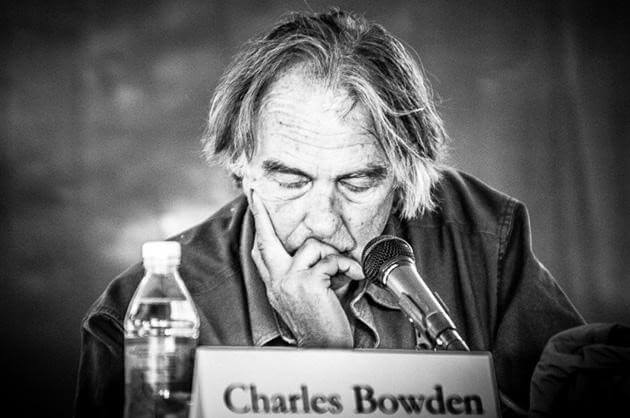 Four years ago, I got to meet the great writer Charles Bowden.

In an email exchange before we met he wrote, “The day promises to be miserable weather, so we can all sit inside, open a vein and rail against the wind.”

I couldn’t believe it.  Chuck was one of my favorite writers of all time. The beauty and eloquence of his prose has always cut me to the core.

I was incredibly excited to talk with him because I was working on a piece about the “murder capital of the world,” Juárez, and this was Chuck’s life work.

Chuck understood strength and determination. He understood how to continue to bloom in the midst of a fire. He was someone who had a bounty on his head from the drug cartels, who worked tirelessly for the citizens of the border to uncover the truth, even in the face of death.

We spent four hours talking about the Drug War, but we also talked about life, art, and who we are when we are when we are most ugly. Chuck helped me understand that we should never look away from the darkest things about us because that is where we will find that which is most beautiful.

One idea in particular he shared continues to haunt me. He said, “There’s another word that I hate and that’s closure. There’s never any closure in real human experience. It’s not like wow, I’ve solved that! There is no closure. You’d have to be a turnip to have closure. Dogs don’t have closure, no reason you should.”

Chuck understood mystery. He was a craftsman. I use that word particularly because he once told me, “I’m not a journalist, I don’t write in a fucking journal.” But he was a craftsman, he woke up everyday and wrote not because he wanted to but because he had to. He was attempting to uncover something mysterious about humanity and himself.

What I love about a fitness practice is that I believe it does the same. It asks that we not run from discomfort, grief, feelings of outrage, or even fear. It calls us to keep showing up and be with ourselves.  It calls us to keep facing resilience through struggle and say, “Yes.“

An article recently came out in New York Magazine entitled How Exercise Shapes You, Far Beyond the Gym that reflected on the benefits of exercise in an experiment with a group of students. The results of the experiment stated that exercise had a powerful impact on the student’s “capacity for self-regulation.” In laypeople’s terms, pushing through the discomfort associated with exercise — saying “yes” when their bodies and minds were telling them to say “no” — taught the students to stay cool, calm, and collected in the face of difficulty.

That’s what you’re doing when you show up to a fitness practice. Because when we show up in a community like MFF, breathe, and allow ourselves to be seen, our pain can turn to reveal its other face. And that is love. Love is courageous enough to sit with discomfort and not require it to make sense.

As long as we’re on the subject of love, I thought I would end with a story about a remarkable person, my Mom. 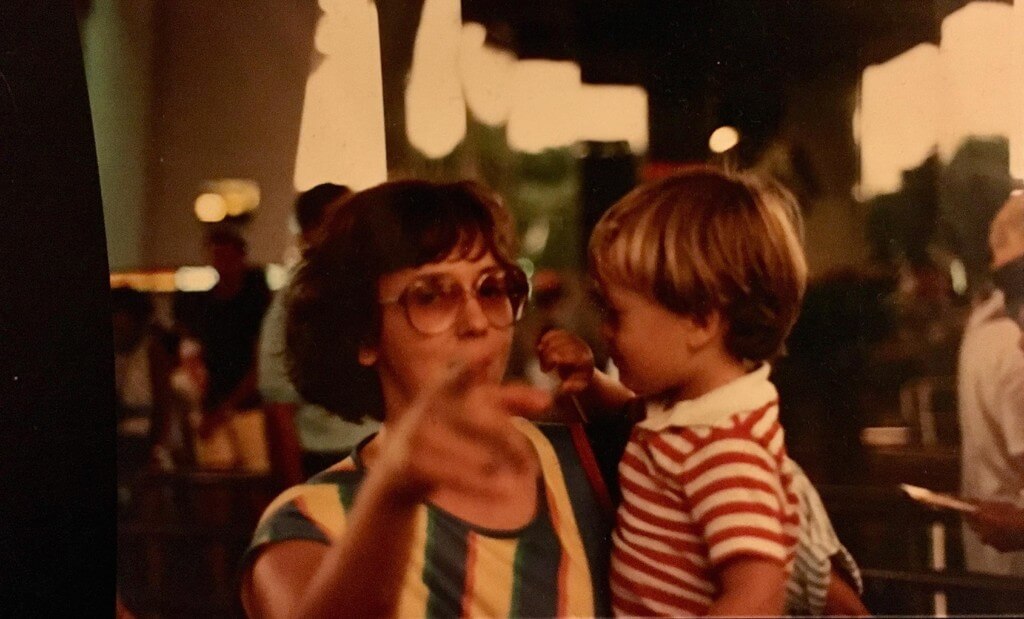 As I mentioned, my Mom lost her battle with cancer this past May after a year of extensive treatment. Over the past few weeks, I have been thinking about one particular scene that has been playing on a loop in my head since her passing.

I offer it now as a personal parable.

It was early Monday morning around 4:00 AM. My mom was on her deathbed and I was sleeping in my old childhood room upstairs. I received a knock on my door.

In a sleepless daze, I remember I scurried down the stairs.

And there she was, on the edge of the bed, determined to stand and escape her sickness for a moment, determined to fight. I remember shaking my head and laughing at the sight of it. But, I wish I understood what I do now. While probably a crazy idea, it was something more than that.

She wanted to stand one more time.

And she did stand.

She stood and then slowly collapsed into the bed, releasing to her death.

She was never conscious after that moment.

I held her hand the whole time.

Two days later, I held her hand as she took her last breath.

Looking back on it, it made total sense. At the core of every human being is a desire to stand, a desire to fight.

We want to die straight.

In South Africa, they have a phrase called Ubuntu. Ubuntu comes out of a philosophy that says the only way for me to be human is for you to reflect my humanity back at me. Essentially, we cannot be human without each other.

I’ve been thinking about this phrase a lot in the wake of these uncertain times.

I believe this is why we need each other during the holidays.

I believe this is why we need each other now more than ever.

I believe we need to continue be around individuals who offer all of us the mirror to our own humanity.

I believe we need to be around people that remind us to fight.

I believe we can show up every day through a fitness practice and find the strength to bear witness to hopes and sorrows.

And ask, what can we do?

How can we be 1% better today?

I’d like to end with a poem by Stephen Dunn, that speaks to the power of the holidays. I hope all of you find that “sweetness,” yourselves.

Just when it has seemed I couldn’t bear

waking with a tumor, one more maniac

with a perfect reason, often a sweetness

and changed nothing in the world

except the way I stumbled through it,

for a while lost

in the ignorance of loving

someone or something, the world shrunk

I acknowledge there is no sweetness

that doesn’t leave a stain,

no sweetness that’s ever sufficiently sweet ….

Tonight a friend called to say his lover

was killed in a car

he was driving. His voice was low

and guttural, he repeated what he needed

to repeat, and I repeated

the one or two words we have for such grief

until we were speaking only in tones.

as if on loan, stays just long enough

to make sense of what it means to be alive,

then returns to its dark

source. As for me, I don’t care

where it’s been, or what bitter road

to come so far, to taste so good.