This one is for the perfectionists out there.

But first, I have a confession to make.

There. I said it.

I know, I know, I know. I’m a fitness professional. And part of that means that, in theory, this should be part of what I’m already good at, as part of living a healthy lifestyle. It’s kind of embarrassing to admit, but it’s the truth.

A large part of this is due to the fact that for almost a year, I – without hyperbole – subsisted on Chipotle almost daily. I wish I could say this was a joke or an exaggeration, but ask anyone on the MFF team, and they will give you the cold, hard truth.

(Side note: Meal prepping everything at the top of the week isn’t the only way to make sure that you’re on top of your nutrition. It simply happened to be what worked best for me.)

Diary of a Food Prep Madman

Here’s a brief progression of how those first weeks went:

Week 1 – Spent FIVE hours in the kitchen. I had meal prepped before in my life, but I felt like I had forgotten it all. Plus, it always carried negative associations for me. “What order do I prep things in? Shit, do I have enough containers? Oops, definitely overcooked my chicken. UGH, I have to play tetris in my fridge! My kitchen is cramped and way too hot, and I HATE this!!”

Week 2 – Spent four hours in the kitchen. Better. Still couldn’t get my chicken right. Still hate meal prep. Why do I feel so inadequate doing this?

Week 4 – Three and a half hours. Chicken is better. Tried to get too fancy with the roasted veggies I made. Took WAY too long to prep. #keepitsimple

Week 9 – Back to four hours because I got way too ambitious and bought a bunch of veggies I had never bought before, in an attempt to get creative to use them all. I had those pretty #instagram veggies in mind. Ended up getting pissed at the vegetables instead. That backfired… I’ve been at this for nine weeks now, and I’m still not getting it right.

Week 16 – Two hours again. Maybe I’m starting to get the hang of this?

Week 18 – Two hours prepping everything for the week, and I’m finally feeling confident that I’ve found a good flow. Gotten a much better idea of how to sequence things to optimize time spent in the kitchen (i.e. I can put multiple things in the oven, then chop other things or wash dishes while waiting), and actually kind of… enjoying it? A chance to channel my inner Anthony Bourdain? Finding it somewhat meditative?? Weird.

In those first several weeks, I came to dread Sundays/Mondays. I would start hopeful but be stressed out by the end of each meal prep session. Each of those 2-4 hour chunks were characterized by lots of frustration and the feeling of embarrassment that something that seemed so straightforward to lots of people was an incredible struggle for me. Each week, every time I’d start my routine, I’d be hopeful that today would be better, that today would be the day that I “get it right.”

Before starting, I’d visualize all those beautifully curated #mealprep images on Instagram and picture myself making something as aesthetically pleasing as all those perfectly lined up Tupperwares with multi-colored veggies and protein that looked tasty AF.

I’d have a podcast episode that I’d been wanting to listen to, ready to go so that the next few hours would be somewhat tolerable. THIS would be the time that it finally goes well. This would be the day that it all comes together – picture perfect – and I could post about it on Instagram, no filter and all that jazz.

It is now Week 24, and guess what? That perfect Instagram-worthy experience still hasn’t happened.

Part of me is tempted to be annoyed that it hasn’t happened yet. Annoyed that in what is essentially the equivalent of four cycles of Snatched In Six Weeks, I’m still perfecting this process and am not there yet.

Yet, when I get to February 2020, the anniversary of when I started to make my own food again, I will be grateful to February 2019 Tim for taking the annoyingly uncomfortable step of standing in his kitchen, not knowing what the hell he was doing.

Those initial feelings of inadequacy laid the foundations of what February 2020 Tim is capable of in the kitchen. (I’ll be waiting for my contract, Food Network 🙂

The Inevitability of Failure

So what does this all have to do with you?

Well, my friend… you will fail on your fitness journey. Many, many times.

It’s not a matter of “if,” but “when”. Failing SUCKS. Ugh, it fucking sucks. And the sucky part isn’t just falling short of a goal… it’s the baggage that comes along with that, too. The feelings of inadequacy. Comparing yourself to the people around you and wondering why everyone else is “getting it right” when you can’t. The downward spiral of thinking that can ensue. Feeling like this is all an exercise in futility, because why bother when I’m not getting right after trying really hard?

The sensitive side of me is tempted to coddle you with the lie that it’s possible to avoid failure if you just find the right strategy, the right tribe of people, or the right “hack”… But it’s simply. just. not. true. You WILL fail, and even though it’s probably not great marketing, I’m doing you a disservice by telling you otherwise.

Here’s the thing, though: while failure is inevitable, it’s our response to failure – i.e. reframing it as a learning opportunity and getting good at the skill of bouncing back – that ultimately leads us to success.

So yes, you will fail, and if you’ve been procrastinating on implementing any sort of change because of the fear that it won’t be perfect and fail-free… I’m going to challenge you to start anyway. However you know how. Simply start.

The beauty of this, though? Your action steps – the specific things you’ve identified that will bring you closer to your fitness dreams (or any dreams, really) – don’t have to be perfect. They just have to get done. And “done” is much better than “perfect”… especially if the idea of “perfect” leads to paralysis or inaction.

Why? Because “done” allows you to take a step back and audit after the fact.

And even if the entire thing IS a shit show, with an audit that tells you that nothing went well and everything needed improvement? You’ve still inched yourself forward. Because now you’ve gathered more data and ruled out another way that didn’t work, which by default brings you a little bit closer to a way that does work.

You don’t need to see the entire big picture in order to start. You just need to start. And once you start, the next few steps reveal themselves, whether that first step was perfect or not.

And once you take those steps, the next few will come. And even though you don’t see the big picture yet, you’re slowly inching yourself forward, simply by trying and learning. Inevitable progress. Essentially the opposite of a catch-22. Kinda cool, right?

How Will You Answer the Call? 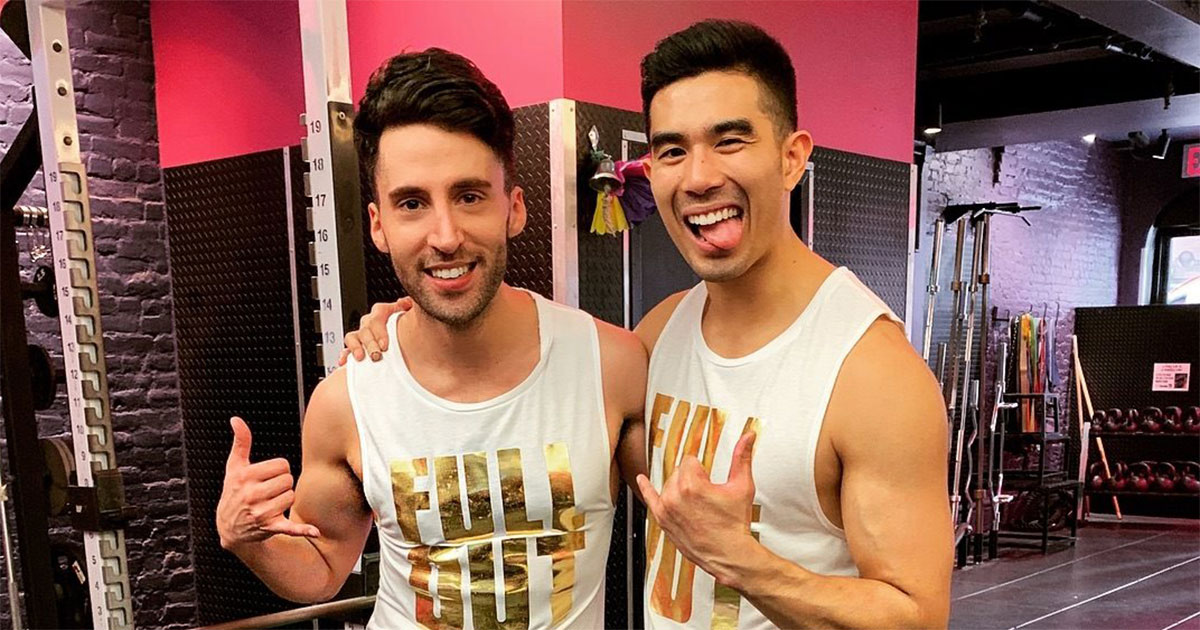 It’s all a reframing game, my friends. We’re all going to fail. Over and over and over again. It’s our response to it that sets our trajectory. We’re conditioned to think that it’s simply “win or lose,” when really, it has the potential to be “win or learn.” And by learning, we’re on our way to winning. But seeing it that way is a choice you have to make.

Then do it all again, and fail better. Rinse and repeat, forever and ever, amen.

(P.S. Did something start tugging at you as you read this? If so… go do it. I’ll be here cheering you on 🙂

Wanna be part of a fitness community that honors progress over perfection? Get your first 5 classes at Mark Fisher Fitness for only $49! 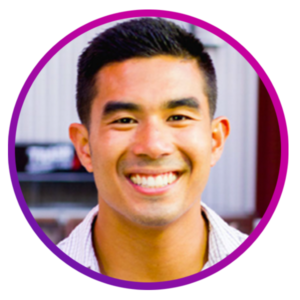 Tim Landicho is a Ninja Trainer and the resident Party Animal at Mark Fisher Fitness, and he is ready to F*CK. SH*T. UP. His love languages are cookies, hugs, and good music recommendations. Although he is not the captain of the twerk team, you may find him spontaneously twerking from time to time because twerking gives him life.