by Guest Ninja Regina Gatti Two roads diverged in a wood, and I— I took the one less traveled by, And that has made all the difference.Robert Frost

Two roads diverged in a wood, and I—
I took the one less traveled by,
And that has made all the difference.
Robert Frost

Career: the one thing that you choose to do for you life’s work; the one field that your parents and grandparents told you HAD to go into or else you’ll never be successful.

Check this out: the actual definition of career (according to Wikipedia, which obvi knows everything): Career describes an individuals’ journey, through learning, work, and other aspects of life.

Wait. Did that just say a journey? Hello!! Keyword: Journey! You mean, I don’t have to choose one thing when I am 20 and do that for the rest of my life?

Well, not according to Wikipedia!

…AND THAT HAS MADE ALL THE DIFFERENCE

Most likely, if you are a Ninja, it’s safe to assume that you took the road less traveled. I know I did. 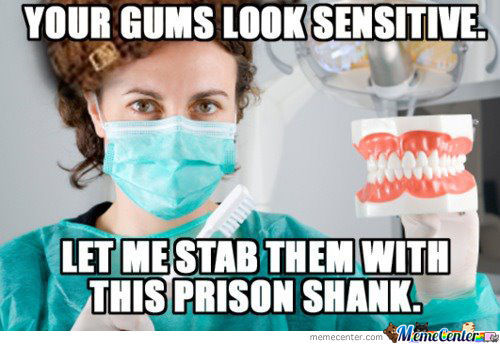 My mom is one of five kids and in order they are: Teacher, Dentist, Optometrist, Nurse, and Optician. First generation from Italian immigrants, each child literally became what their father said they should be. And his instincts were right; they have all had long, happy, and successful respective careers. So clearly when I was growing up, I was slated to be a dentist. Naturally, I would work in my mom’s practice and take it over one day, which really would be fine and dandy—if I were a completely different person who actually wanted to do that! And, man, did I tear myself up about it, too! “It would be so easy…what a nice life I would have…I could just walk into an established practice…make my own hours…marry another dentist, drive a Lexus, raise my kids…wah wah wah…” But I didn’t do that, and I don’t have a Lexus and I really don’t care. My life now is actually more interesting than I ever imagined it would be—something I would have never dreamt up—and isn’t that refreshing? I could have never thought of the awesome things that I’ve done, and seeing how my life has turned out so far is pretty exciting. I’m sure yours is that way too if you really look at how each decision you’ve made led you to the place you are at now.

THE BEST WAY OUT IS THROUGH

I have a lot of theatre friends ask me how I made my career transition from actor/dancer to corporate (Executive Recruiter). I suppose they ask me specifically because I’ve been through it and have gotten to the other side, and am content and successful.  Apparently that means I know what to tell them! I don’t think there is a “right answer” to that question. But I think having the courage to ASK the question aloud is a step in the right direction!  “The best way out is through,” which means all the conversations, inquisitions, prayers, thoughts, dreams, break downs, therapy sessions and research, will all lead you to that eventual unknown happy land, that place where you’re no longer envious of someone else who seems to have found their way.  Think of yourself as walking on a long bridge—the other side may be closer than you think, but you have to keep walking to find out. (TWEET THAT SHIT!)

I learned something very important about myself once while hiking with my sister in Nevada when she lived there.  We drove to the mountain and then started our trek down into the canyon to find these warm water springs that she had gone to once with some friends.  After a lot of everything looking exactly the same, we finally found the spot!  We played in the water a bit but it had taken longer than expected to get there and the sun was starting to set. We started to hike out, and as the sun set deeper and the air grew cooler, and we finished the last of our water, we ran into a dead end.  Literally a dead end, like, there was an animal skull on the ground and all we could see around us were big ass mountainous rocks.  It was just about at that point when I started totally freaking out and thinking that I am just going to be part of another news story of two sisters found dead in the desert eaten by hyenas!

While my mind was going all these crazy places—carcasses, hyenas, dying of thirst, maybe making it into People magazine if we did eventually get rescued—my sister was much better at holding it together than I was. She said we should turn around and try another way. So I followed her. I had no choice. What else were we going to do? We had no water, no warm clothes, no shelter, no food, no tent, no phone…we had to keep going. My sister kept rationalizing that we couldn’t be that far away from civilization. I wasn’t so sure. Anyway, we turned around and kept going with only the faith that this other way was the way out. That walk felt endless. I could taste my own fear and anxiety. There seriously were dead animal carcasses and I heard howling!!! My fear basically overtook all common sense and clarity. I don’t know what I would have done if my sister hadn’t been there telling me it was okay and to just follow her.

So we walked. And walked. And walked. And then we saw it.  Power lines!  If there’s power, there’s man, and where there is man, there are cars! And at that exact moment, everything changed: my insecurity melted, my anxiety dissipated, my confidence was restored, and I knew we would be okay.  As soon as I saw those power lines, I knew they would lead to the highway which would lead us to someone that could help (which they did, and we hitchhiked back to our car, which was miles away. I think we had walked to Arizona or something—not kidding).

I realized, though, that the whole experience was a metaphor for life.  I seem to be confident, poised, and secure when I KNOW where I am going, can see my goal clearly, and can see the exact path to get there—a perfect plan, with everything going accordingly. But that is so infrequently the way real life is.  It’s the faith you develop in yourself, plus the trust you place in others, and the support from your friends and family, that help guide you to safety when you are lost and hopeless. It is how you handle the curveballs. The journey is what gets you to the happy ending. There is no other choice, but to keep moving, working, striving, forging ahead, and walking until you get there. Oh—and once you’re there, just keep going, it gets even better!

I chose not to be a dentist, the safe and reasonable choice, and it was a tough decision to make. But how do I know that any of that would have actually worked out the way I thought it would have anyway? And it’s too late to worry about it now because I can’t change it! So moral of that story: fuck what everyone else says you’re supposed to be and do what you want. Follow your own road (just be prepared to turn around if you hit a dead end, and try another way).