What is your story? 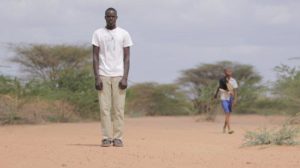 During the past ten years, there are two experiences that have defined my research and practice.  One was investigating the role of mythology with citizens of Juarez, Mexico over a two-year period during the height of the Drug War in 2011.  Juarez at the time was deemed the Murder Capital of the World, averaging more murders per day than cities like Kabul and Mogadishu.  And the other was living and working with refugees in the Dadaab Refugee Camp, the world’s largest refugee camp on the border of Somalia, which was at the time was going through one of the worst famines ever recorded in the Horn of Africa.

Both experiences were extreme situations filled with individuals who understood that in the worst crisis, mythology or the stories we tell, helps a person stay alive.

Indeed, when I asked my friend, Abdi Rashid, a Somali refugee about what he believed, he said: “I believe storytelling can change the world because there exists a story behind every person, especially on those whose luck suffered a cruel reversal.”

I, too, believe that storytelling can change the world.  In an instant now culture, there’s a surprisingly simple reason we want to share our stories of struggle.  We do this because we feel the most alive when we’re connecting with others.  It’s in our biology, in fact scientists have found that hearing a story, with a narrative beginning, middle, and end, causes our brain to release cortisol and oxytocin.  These chemicals triggers the ability to connect, empathize, and make meaning. 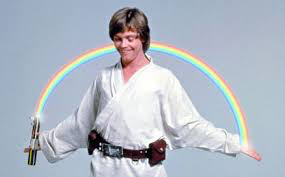 I believe, similarly to what Joseph Campbell outlined in the Hero’s Journey, that everyone is a hero.  I believe you’re drawn to training because you are on a search.  I believe we’re all Luke Skywalker.

I believe we are all struggling to find a way to survive in an uncertain universe.  I think we’re all, as we believe at MFF, misfits trying to find our community.  In truth, I believe every story we tell is by definition a unique answer to a fundamental question: what does it mean to be human and alive? 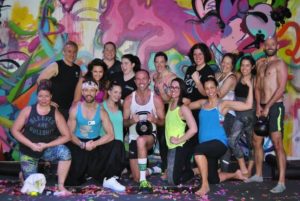 So, the next time someone asks you to tell a little bit about yourself, or the next time you post something on social media–remember, you are responsible for your own narrative.  Remember that you’re a hero on search for something extraordinary and that you have a particular jewel that you get to share with the world.

And, perhaps, you too will win the girl or guy, or the Death Star will explode, and you will be reunited with everything you hold dear once again.

Perhaps you will, indeed, return home.