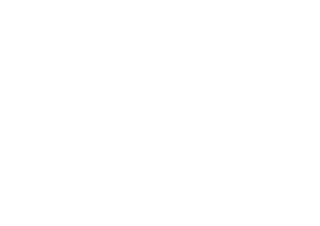 A Comprehensive and Totally Customized Solution
For Nutrition, Training, and Lifestyle Management

…delivered with daily accountability from coaches committed to your success.

Do you ever find yourself knowing what you should do for your fitness… but just can’t get yourself to take action?

Are you frustrated by constant fitness stops and starts, but not sure how to keep the momentum?

Have you ever found yourself frustrated because you’re not seeing results, but aren’t sure what to change?

Want some guidance on and support for how to actually eat for your goals?

With Unicorn Accountability Coaching, we will help you create — and sustain — transformational change in your relationship with fitness.

If you’re looking for support to stick with your workouts, eat in line with your goals, and make your fitness dreams come true… this is the program for you

For the last ten years, the Mark Fisher Fitness team has worked with thousands of people just like you. We’ve seen first hand how smart, dedicated humans sometimes struggle to stay consistent with their fitness.

Over and over, many humans launch a new fitness regime full of pluck and vigor… only to slowly lose motivation over time. It’s discouraging, it’s disheartening, and it totally sucks.

The fact is, staying on top of your training, nutrition, and lifestyle is actually much tougher than it seems.

And after working with over 6000 people, we have a lot of data on what actually works, and where many people get hung up.

Sure, sometimes you’re pursuing the WRONG strategy. Not every exercise program is right for every goal. Different people need different approaches to nutrition. And when we’re talking about lifestyle, one size does NOT fit all.

We have to consider you as an individual:

And when you get it all right, the pay-off is massive:

But ultimately, the right strategy is just ONE PART of success.

Once we know WHAT to do, we need to execute consistently.

We’ve seen this over and over again at MFF. It’s also clear in the social science literature on behavior change. There’s one often overlooked piece that will make or break your fitness success.

And let’s be honest, being unsatisfied with your fitness is often the missing piece in really living your best life.

Because your fitness success isn’t just about how many pushups you can do.

Or fitting back into those jeans.

Or toning up your shoulders.

It’s not even about improving your bloodwork, though those are all perfectly great goals.

(And we help people achieve them every single day.)

Success in fitness is about…

Hell yeah it does!

So if knowing WHAT to do isn’t always the problem…

WHY is it people don’t succeed at this incredibly important personal goal?

Because they’re trying to go it alone.

They don’t have a coach.

And they don’t have accountability.

Now does everyone need a coach?

Michael Jordan had a coach.

Every great CEO has a coach.

Anyone succeeding at a high level in almost any field has a coach.

When you have a personal fitness coach, they can work with you to show you exactly how to eat for your goals and psychology.

A great fitness coach doesn’t just assign you “workouts.” They look at your overall program: how many sessions per week, what kind of training will get you to your goals, and how it fits into the context of your life.

And while a coach guides strategy (the WHAT), they also provide a powerful force that supercharges your willpower and supports you in staying consistent.

How would your life change if you were full of energy and confidence?

What would it feel like to consistently take action towards your fitness goals?

Can you imagine the changes in your personal and professional life with clearer thinking and an improved mood?

And how nice would it be to have a friendly expert by your side to answer questions, check-in with you daily, and support the hell out of you?

Think of it like having a personal concierge who can advise on every element of your fitness AND keep you accountable.

We’re very proud of MFF’s track record to date. Both Snatched in Six Weeks and our Unicorn Nutrition Coaching programs have helped many Ninjas make major progress on their relationship with food. And our in-person and virtual training programs have literally helped thousands of people get in the best shape of their lives.

(I mean… not trying to brag over here, but there’s a reason we’ve been covered by virtually every major local and national media outfit. ;-))

MFF HAS BEEN FEATURED IN

Beyond fitness results, we’ve seen no shortage of life-changing mental and emotional transformations.

(Want to see some real live humans talking about MFF? Scroll all the way down to the bottom!)

We’re always looking to up our game…

And as valuable as the above solutions are, they weren’t designed to give you a truly comprehensive and personalized solution.

And they don’t provide the extreme accountability of daily check-ins with a friendly coach ready to give you a kick-in-the-pants at your personally preferred level of pants-kickin’.

In conversations with Ninjas, the same requests have come up over and over again:

We’ve spent the better part of the last year going back to the drawing board.

And after months of internal discussion, debates, and fine-tuning…

We are 100% confident that we’ve created the best possible solution for Ninjas who want comprehensive help and extreme accountability.

With Unicorn Accountability Coaching, we will help you create — and sustain — transformational change in your relationship with fitness.

Here’s exactly what you get:

We are SO confident that this is the very best coaching we’ve ever offered through MFF that we will GUARANTEE that you will be completely thrilled. And in the unlikely event that you’re not absolutely over-the-moon, we’ll give you a no-hassle, 100% money back refund.

Got it! So what’s the investment for all this accountability lovin’?

The investment to join UAC and get completely personalized coaching and extreme accountability is usually $59 per week (billed every four weeks).

This is your chance.

Space is strictly limited. Sam, Britta, and Allie have a limited amount of availability, so we don’t have unlimited spots, alas.

Click the button below, claim your spot, and get instant access to your Getting Started Quickstart Guide. 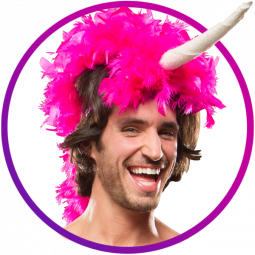 Got questions? Hit me up at [email protected]!

Much love,
Mark and the MFF Team

The program is overseen by Mark Fisher and Sam Strasfeld. The coaches are Sam, Britta Whittenberg- Kasprzak, and Allie Fuller.

UNLIMITED. Seriously. The reality is you’ll only need “emergency” support every once in a while, and that access is part of what you’re paying for. If you need to ping us a text on a Saturday afternoon because you have a question about what to get at brunch, go for it!

How does the billing work?

Payment Plan: You’ll pay your first four weeks as a deposit of $236 on the day you sign up to reserve your spot. When signing up, you’ll have the option to choose your start date.

Every four weeks after your start date, you’ll be billed your next installment of four weeks. After completion of your initial 12-week term, you’re free to cancel at any time.

Since it will take some time for you to create change, we ask for an upfront minimum commitment of 12 weeks.

After that you can cancel at any time, though we do ask for 4 weeks notice.

Do I get to choose my coach?

Based on availability… sure! Simply email us with your request upon paying your deposit and we’ll do our best to accommodate you.

I love that this program is so comprehensive! Does that mean you’ll design my exercises for me too?

Part of our coaching includes consulting and guidance on the best types (and frequency) of exercise for your goals and personal preferences. If you want a specific program with exactly what to do at home or at your gym, we can also direct you to awesome resources.

I’m intrigued but I’m not sure I’m into this whole thing. I mean… unicorns? C’mon, it’s kind of ridiculous. How can I trust your team is legit?

First of all, remember you have an absolutely no hassle, 100% money back guarantee. So there’s no risk of any kind.

But I hear you!

While we know we’re not for everyone, we also know many Super Ninjas were uncertain at first. So I want to share some stories with you of real live Ninjas, shared in their words…

“I tried every fad diet, every fad workout routine from Barry’s Bootcamp, to Beach Body, to Pilates, to Hut Yoga, to Zumba, to Spin. I’ve done it all, and been really enthusiastic for six to eight weeks, and then like clockwork, I get bored. I hate it. I fall off.

I find at Mark Fisher Fitness, you forget you’re working out until later on that day when all of your muscles burn because you just had the greatest workout of your life.”

“And when I took my shirt off to make the costume change, I noticed back muscles and ab muscles and I thought, “Who is this hot guy behind me?” And then I realized that was me, and for a second I actually did not believe it was me and that’s when I knew like, “Something is happening, changes are being made because of the work that I’m putting in.”

“No disrespect. I didn’t think it was real. Sorry… {laughs}

(Now) I work out between three to five times a week and I’m just a better human to be around. I’m more patient, I’m nicer, I’m calmer.”

I always used to say that before Mark Fisher Fitness, I used to think I needed to work out in shame and darkness. And then I came here and I found out that I could work out in light, positivity, and joy.”

“We’re an unassuming couple who have unlocked our superpower potential through the mighty rainbow unicorn magic of Mark Fisher Fitness Homebody.

We’ve been doing Homebody ever since it started, and we’ve done it every day since then. In that time we’ve each lost 27 pounds I think.”

“Before starting Homebody, I was really nervous, I was a little curious… not completely onboard, you know? I mean, how can we mimic the liveliness of the Clubhouse at home?

And why would I join an “online gym program?” I said “Well, you know, it doesn’t feel like too much of a commitment, it’s two weeks…” And they knocked it out of the park.”

“I joined Mark Fisher Fitness in December of 2019 after an embarrassingly long time paying for a gym that I didn’t go to, which sucked. Actually, you know what? I don’t even think it sucked. It was probably fine. I just had no idea what I was doing. I joined Mark Fisher Fitness and immediately learned so many different amazing things about how to use my body to work out, and it was great.

Whether they are 40 blocks or 100 blocks or 100 miles or even 3000 miles away from you, they can give you individualized adjustments and guidance, and it’s so valuable.

I’ve legitimately done a cheese tasting class via Zoom with people that I’ve never met in real life because it was really fun and because this community of people just wants you everybody to be included.”

IT'S TIME TO GET ACCOUNTABLE BABY! ENTER YOUR INFO BELOW: