The Stoner and the Lawyer: A Fitness Parable - Mark Fisher Fitness

But first, lets chat about the way muscles work.  When a muscle bears the primary responsibility for creating a certain movement by contracting, its called the agonist, or the prime mover.  An example here would be your glutes, which are the prime mover in hip extension (the opposite of sitting; stand up tall and squeeze your glutes, and ideally you will feel the front of your hips lengthen). But agonists don’t need to go it alone; they often receive help from other muscles that work together to help the movement occur.  These muscles are called synergists. Continuing with our example, one of the synergists in hip extension are the hamstrings (muscles on the back of the upper leg).

When the agonist is not working as it should, the synergist can often wind up doing more than its natural share of the work; a condition called synergistic dominance. Over time, this can lead to movement dysfunction and injury.  As Physical Therapist/ Warrior Princess Shirley Sahrmann says, “when a muscle is strained, the first thing to do is look for a weak or underactive synergistic.”  This is why oftentimes when a hamstring is strained, a poorly functioning glute is to blame.

Blah blah synergist blah blah dysfunction blah… ladies and gentleman, I give you:

The Tale of the Lawyer and the Stoner

Let’s pretend we have two brothers who live in the same house.  The brothers are close friends and they share all the household duties; cleaning, cooking, paying rent, arranging tchotckes, etc.  The problem is… one works too hard, and the other doesn’t pull his share.

Brother one, Hamstring, is a lawyer.  And boy is he type A! Hamstring works crazy hours at the firm but because his primary concern is keeping the house in order and the rent paid, Hammie got a second job on the weekends working at Popeye’s Chicken.  Needless to say this is exhausting for Hammie, as he is also hard at work writing the next Great American Novel and methodically updating his blog about his true passion; American stamps of the first half of the twentieth century.  You might say Hammie is overactive. 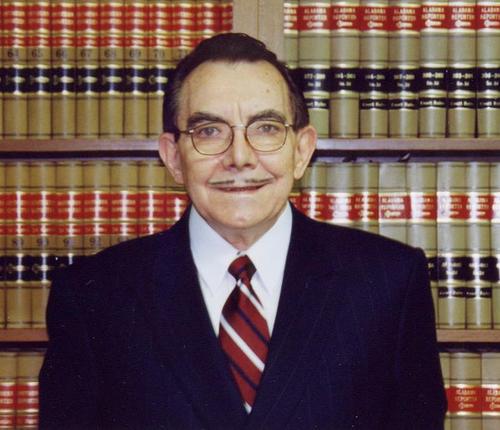 Can you believe Hammie’s only 27 years old?

Brother two, Glutes, is a stoooooner (and with parents who named their kids Hamstring and Glutes, we can all understand why he self medicates with drugs).  A great guy, but a total burnout.  In spite of holding a BA in philosophy, Glutes seems to have a hard time holding down a steady job because of his free spirited nature (and his propensity for oversleeping and forgetting to go to work).  He contributes to the household chores and rent when he can, but at the end of the day, his main priorities are playing Wii, taking bong rips and working on his science fiction graphic novel about a futuristic society in outer space where hot alien chicks dig stoners.  You might say Glutes is underactive.

If things keep up like this… Hammie is gonna burnout.  How do we get these brothers to share the load?

Well for one thing, Hammie needs to take a chill pill, quit the second job, and start getting hot stone massages on a regular basis.  Spa day for Hammie!!!

(Or, in the case of your actual hamstring, a combination of soft tissue work to improve the tissue quality, breath work the nervous system to chill out, and maybe even some mobilization/ or stretching.)

But if Glutes doesn’t start pulling his share, our type A Hammie is gonna go right back to working too hard.  So it’s in our best interest to flush Glutes weed down the toilet and hold his Wii ransom until he gets a job and starts contributing to the household chores and rent.

(Or, in the case of your actual glutes, making sure your program includes low level glute activation work, direct glute resistance training like the hip thrust, and appropriate re-patterning of basic movements to include the glutes in the fun.)

Now while this is obviously an oversimplified (and perhaps overwrought) example, most people’s bodies suffer from some imbalances that make movement harder than it needs to be.  Other common areas of imbalance are a “stoner” mid back (or lower traps) and a “lawyer” upper back (or upper traps), and a “stoner” back of hip/ side of the glute (glute medius) and a “lawyer” hip flexor.  For those interested, here’s a great article that goes into more biomechanical detail.

So the moral of the story is this; you’re a dumbass if you enter into a living situation with your stoner brother.  But the other moral is this; to achieve your greatest health and hotness potential, make sure your program design addresses any muscular imbalances before they lead to injury.