The Power of Breathing, Part 2: What is Theoretically Optimal, And The Nervous System/Brain-Stress Connection | Mark Fisher Fitness

Part 2 of a now 4-part series  (Due to the breadth of this topic, this has been made into a 4 part series instead of 3)

In the first article of this series, we discussed some of the philosophical realities of why optimal breathing might be a “magic” potion when dealing with stressors. Today, I’m going to dig way deeper into the specifics of this philosophy by exploring the nervous system/brain-stress connection. First though, I’d like to make a comment or two on the idea of “optimality,” a qualification towards human anatomical commonalities and differences.

Let me first qualify all of what I’m going to talk about with the idea that nothing is actually “optimal” in this world, at least not really in a dynamic sense and definitely not in regards to the bio-individualities and subjectivities that make us so uniquely human and “snowflake-y”. 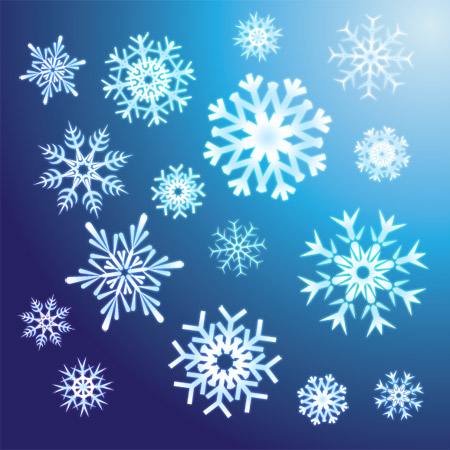 We’re all sexy little “snowflakes”—so unique and individual and different by nature. Yet, we’re still all snowflakes, and this is something we must consider when discussing breathing mechanics and other components of the human physiology (this will be especially important in part 3 of this series).

We are all delicately designed and then made, influenced by a host of genetic, environment and experiential factors with which we’ve both lived consciously and subconsciously—weird to think that about 97% of your existence on this world has been largely governed by incognito-like subconscious inputs and systems, right? By this fact, it is impossible for me to say what is absolutely “optimal” in regard to every human’s breathing or any physiologically related matter. This is especially true without any solid context as to environmental and circumstantial situations that have affected or currently are affecting you. We can, however, assume that most humans follow the same biology and developmental rules that make the physical properties of what is physiologically common, common. Extreme situations and major injuries aside, we can get pretty damn close to what might be considered more “optimal” breathing, especially if we consider that most of you reading this are humanoids living on planet earth, at least from an anatomical perspective. ☺ Let us not forget that this hopefully does not change when you lie down at night or walk into the gym after a long pressing day at work. Basically, we’re all pretty similar by design. Therefore, when I refer to optimal, what I really mean is “better” breathing for the majority of humans. The following science discussed will assume such similarities while we will also deeply explore how context can change HOW our similarities work very dramatically.

Baaaaasically, we have two primary “modes” that create our Central Nervous System –the Sympathetic Nervous System, commonly called the “fight or flight” system and the Parasympathetic Nervous System, commonly called the “rest and digest” system. In addition to the many automatically regulated physiological functions that the nervous system governs (i.e. heart beat, blood pressure, digestive function, and 1000s of other functions), it also has very important ramifications towards which emotional states of being can be expressed and experienced as well (possibly another topic for another article).

A fully facilitated “sympathetic” nervous system would be akin to a full-blown gladiator battle to the death or someone moving away from a dangerous circumstance as quickly as humanly possible. A fully facilitated “Parasympathetic” mode would be the very opposite—you sitting on your favorite beach in the sun (or wherever you feel safest and happiest) reading this insanely awesome article written by yours truly with the people and animals you love most in the world (look below…awwwwwww!) 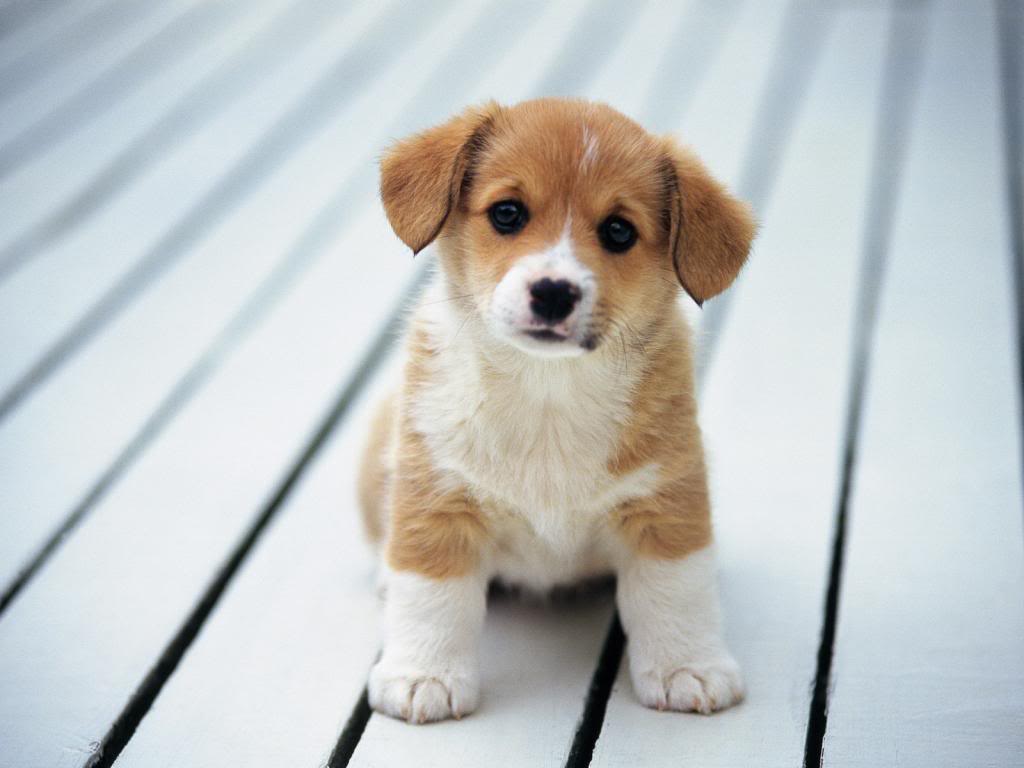 You + puppy= increased parasympathetic tone =you feel sooooo good; a calmer, safer and sexier you. Damn I love puppies.

Everything about your existence, both conscious and subconscious inputs, from your DNA code to your environment(s), can have a very direct effect on the nervous system’s engagement and how it might be facilitated. The two modes are always in a constant tango. When one moves forward, the other one backs off—yet they both always remain dancing in a beautiful display of yin and yang. Thus, we are not static creatures in any sense of the word. Our brains and bodies are constantly changing and being melded by our experiences, our deep genetic factors, and the environment(s) in which we spend the most of our time.

We can then assume that a “stressor” can be considered good, bad or maybe even both in some regards depending on how you’ve adapted and continue to do so throughout your life. In fact, stress has very precisely evolved and crafted us towards becoming what is human and this includes the very fundamental mechanisms from which we are able to have life — including our breathing system as we’ll discuss in my next article. Deeper and implicitly traumatic cases aside, it is often not the specific stressors themselves that create a problem so much as long as we deal with them in a timely and holistic manner. It is the summation of total stress load or the unknowing consistency of common every day stressors that literally drive our brains crazy and suck us dry of cortical real estate and processing power.

The very brain mechanism that allows us to consciously mitigate the stress response is still very young in terms of it’s own functional evolution (components of the neo-cortex, specifically the pre-frontal cortex for you science fans). Because we’re still very much predominantly animals, and operate with mostly subconscious processing systems, our ability to tactfully respond to and cope with stress is heavily skewed towards our quicker more powerfully fear driven sympathetic system (parts of the brain’s limbic system, specifically the amygdala for you science-y folk). We struggle mightily to deal with a world culturally evolving at an impossibly fast pace, governed by the westernized world’s appeal to accumulate quick and endless pleasures, things that once promised to ‘make the world a better place’ or to ‘make life better in and of itself’.

In addition to having a leveraged prejudice towards our primitive origins in a world that wants to “grow up” too fast, we must also consider the fact that we have trouble distinguishing psychological threats from real ones. Our unique capacity to internalize stressors and then transform them into the most overwhelming of complex mental projections puts us at a huge disadvantage towards maintaining any semblance of sanity. It is during these times that the fragility of our mind takes flight, a drastic course, and worlds away from the very mindfulness that might have evolved us to use rationality in the first place.

Lastly, before we delve into the physical components of what I’d like to talk about in the next article, I have to mention the fact that our brains are very plastic. As mentioned before, we have the most miraculous ability to learn and unlearn things until the day we die. This is true with our stress response as well. If we’re not mindful of how we’re dealing with stress and/or of what we’re doing to manage these same stressors (and total stress loads), we can potentially learn to become really awesome at learning how to not deal with stressful situations (or even recognizing them). From a neurophysiological perspective, the “stress pathways” in our brains can become more abundant in number while also becoming more potent firing patterns. Throw in the adage of “what fires together, wires together” in the brain and you’ve created an incredibly vast spider web of nasty interconnected brain-associations. Where what once was perceived as normal then laterally shift towards stress being habitual and common, it puppeteering it’s influence upon everything about you. Thus stress becomes increasingly difficult to both recognize and to disassociate from. However…there is indeed hope. Just as we have the infinite capacity to learn new things and rewire our brains, we can also unlearn those same responses by learning to effectively deal with stressors and pulling focus away from the “bad” stuff. We do this by leveraging the things that create mindfulness and by creating an environment where you and your nervous system are able to perceive safety and balance. Without safety and balance, our minds and psychologies become twisted, torqued, torn, with an unfathomable craving for novelty and variety (you will see that this is also equally influenced in conjunction with our bodies, in part 3 of this series).

The mere act of mindfulness allows us to perceive the world differently because we’re able to facilitate a more parasympathetic way of being, on our own terms. (TWEET THAT SHIT!) By listening to the internal sensations and thoughts of our body and mind, we are able to make choices and influence the way that we bias environmental information and inputs. What better way to do this than by accessing the very singular mechanism of the Nervous System that we can consciously control—you guessed it: breathing. Breathing and mindfulness training allows us to bring the focus back to us, and put our attention to what is both most necessary and important for us to survive and thrive. This allows us to unlearn any of the not-so-awesome habitual stress patterns while also find resolution in learning more “optimal” ways of handling these things

Now that we hopefully have a brief but better understanding of how the brain changes in relation to stress and how the current world conversely affects us, we can next expound upon the structure of both the body and brain. We will see how asymmetries of both, unified in process, are vital yet exploited by the modernity’s in which we live. Breathing anatomy and the influence of gravity and position, both very influential body-brain inputs, will be discussed in depth with Part 3 of this series. Until next time, keep breathing (and enjoy the extra picture of these puppies—I thought you’d like that). ☺