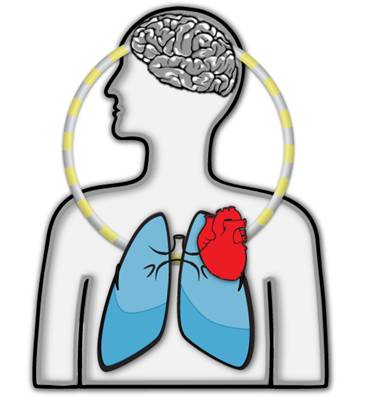 …The pressure building up in your chest has become increasingly worrisome. Your head continues to violently pound with the force of Thor’s hammer clamoring around inside your skull a thousand vibrations a minute. The heat is un-bear-a-ble and you just can’t seem to cool off even though it’s maybe barely pushing 50 degrees outside. As you walk down the street—the same street you’ve walked down every single day of your life since you can last remember—you clinch your jaw in discomfort as jolts of an oh-too-familiar pain ripple up and down the left side of your lower back. KNIVES. It feels like little tiny impossibly sharp knives stabbing you, but you push through it with the mindset that the pain can just. Plain. Go. Awaaaay. As if matters could get any worse, it’s only 5:30pm and you’re so tired from barely sleeping the previous night that you’re ready to just skip supper, eat a pint or two of ice cream and call it quits. Finally you somehow make it home and surrender yourself down onto your bed, but you are now aching something seeeeerious. You try instead to sit up as a means to alleviate your back pain, but sitting seems to be just as villainous as the actual pain itself, if not more so. Success! You find a really weird pretzel-shape like position where your leg is practically wrapped around your head, which doesn’t seem to hurt your back as much.  For a second or two, you think you’re in business as you’ve found yourself enough relief to be able to take your mind away from your back pain and put your attention elsewhere…at least for a little while, you think…

Bump, bump. Bump, bump. Bump, bump, Bump, bump. Oh no. Oh noooooo. Your heart is beating at what is seemingly a routine million miles a minute again. And now you’re breathing harder and louder than a couple of wet nasty pigs during sex (and at this point, you look like one with your leg wrapped around your head). Sweat seeps from your pores as you begin to contemplate what this all means. ‘What is wrong with me? What is going on?’ you question. It just doesn’t make any sense to you- you’ve been diagnosed with a myriad of health threatening conditions from high blood pressure to being a sleep apnea riddled insomniac, but the frustration for you lies in the fact that no one knows the reasons as to WHY you have these conditions. To complicate things even more, when you have tried the common medical interventions recommended to you, it seems as if things just trend towards getting worse! Your mind takes off like a firecracker on speed. Your sanity bids adieu, pin-balling itself out into the cosmic abyss that is the universe, invoking a firestorm of overwhelming and erratic doomsday thoughts in your mind. You are drowning in the idea of death. But you try to reel it back in: ‘Where is my damn medicine?’ you say. ‘I need some medicine RIGHT NOW!’ Painkillers, Anti-Depressants, Beta-Blockers, a full fledged super-garden of Cannabis; you name it—you’ve got it and you’re ready to go to war with it. Before shoving a handful of medicines in your mouth, you think about the simple fact that you may be delaying the inevitable—it seems like you might just be trading a short-term solution in for a host of long-term issues. You’re starting to rely on these medicines on a way too frequent basis. That too scares the shit out of you. Oh well. Can’t think about that right now. Down the hatch they go…

The next day, the same routine happens to some degree. Some days are better than others and then some days you feel like you’re just trying to get by without any of the hurt or agony, both physically and mentally. Some days, the chronic conditioning of back pain is traded in for some neck or ankle pain and some days you wake yourself up during the night due to all of the pent up stress you feel in your stomach. Restless leg syndrome, acid reflux, depression, panic attacks, and even small bouts of asthma: the laundry list of symptoms and diagnoses just keeps scrolling along from your mind like the never ending movie credits of a Star Wars film (that was for you Geoff). But you keep on keeping on. After all, this IS life, right? It’s SUPPOSED to be all stressful and hard and painful and stuff, isn’t it?!

…Does this sound like you? You betcha, it does. And if this isn’t you right now, it’s been you or will most likely be you at some future point(s) in your life. We’ve all been here; we’ve all at some point struggled to understand the cause and effect, and then the ‘how’ and ‘what’ to do to fix these things. Most medical practitioners are undoubtedly quick to diagnose with some sort of condition or pathology. But I’m here to tell you that it’s called being fucking HUMAN. There is another way my friends. There is another way of intervention. And the best part is that you already hold one of the most powerful keys for taking your own power back. And I want more than anything FOR YOU TO TAKE YOUR POWER BACK…

Understandably, most people in the health and fitness industries do not want to talk about breathing and I get that. It makes sense—it’s a physiological process that we do naturally as animals and it’s not something that’s high priority on the sexy scale. But I implore you to consider the exact opposite. I believe that ‘correct’ breathing is one of the single most powerful influences we currently have in regards to how we consciously cope with stressors and fundamentally influence who we want to be as human beings in this world. For reasons that I will discuss in a future article (part two of this series), breathing influences everything about you, because breathing is your foundation, breathing IS you, breathing is LIFE! Philosophy aside, I am going to help teach you the concepts that will allow you to rewire your brain and stress-response systems by consciously utilizing your breathing system as part of an overall strategy towards giving you your power and health back. My hope is that I can also help you teach yourself how to govern your own psychology with some of these same concepts and exercises.

Your call for consciousness

Even without currently having all of the sexier tools of how to breathe optimally (I will discuss this soon enough, I promise!), you can still bring conscious awareness to how you’re currently breathing and regulating stressful stimuli. After all, THIS is half of the battle in of itself.

Soon, you will have a tool that holds the potential to being the most powerful tool you’ve ever experienced in regards to having some semblance of control, if control does in fact exist .

If and when you find yourself stressed out this week, try bringing a soft awareness as to how you tend to cope with your stressors and what happens when you do so. What are your tendencies, your habits? Are you consciously aware or unaware of most of these things?

Once you’ve established this newfound mindfulness, what would it feel like if you could let go of a little bit of stress every now and then? How would it feel to release some of the pressure you’ve been holding for weeks, months, even years? What would you say if I told you that a concept as simple as exhaling could arguably teach you more about life than any human being could ever hope to do? (TWEET THAT SHIT!) (Don’t worry—I know it sounds somewhat dissident and out there, but I’m gonna cover ALL of this soon).

Soon, you will have a deeper understanding for all of this. This is only your initial call to action. In the meantime, enjoy your life; let your stressors encompass you as they will and then just breeeathe. Lose yourself in its power and then just let the magic happen. It’s time to take the power back and I promise I am going to do everything I can to help you get it back, one breath at a time. 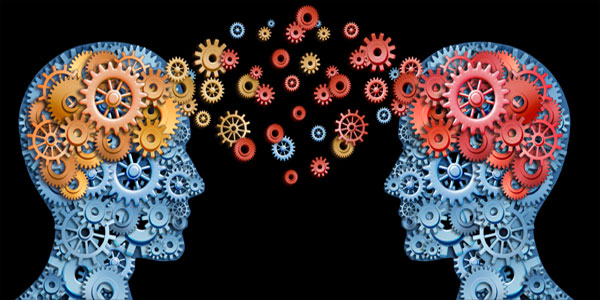 In part two of this three part series, we’ll discuss the basics of breathing anatomy and then get into the specifics of how optimal and not so optimal breathing can help or hurt your long term health and potential. I cannot wait to share this knowledge with you soon!