And now, a Story of Glory from the inimitable Amanda Maxwell!!

And now, a Story of Glory from the inimitable Amanda Maxwell!!

We’ve all had that moment. That moment when friends ask what it is you’ve been doing because you look so great. And then you get lost in the glow that is your attempt at finding the words that come close to accurately depicting the magical madness that is Mark Fisher Fitness. I have had the pleasure of having this exchange quite often over the last few months and still have yet to arrive at a worthy description. Saying it’s filled with glittery rainbow unicorns is too gay. Saying it’s kind of like Crossfit is too butch. Saying it’s a bit cultish is too off-putting. There are no treadmills, we use kettlebells, and always play a name game. Too foreign, too fancy, and too silly.

Those descriptions might tip the big badass iceberg that is how we train at MFF but it doesn’t justify WHY our training is so damn successful. Yes, we swing kettlebells, bang out burpies, and squat like champs. It’s given me a flatter stomach, a smaller waste and a killer butt. But the greatest and most influential changes are the ones that happen on the inside. The ideals and attitude promoted at MFF are the true keys unlocking and discovering true potential. When I was introduced to the awesomely simplistic power of the “Get Better” mantra, my mind was blown and I was forever changed. THAT is what’s truly difficult to describe to non-ninjas: the value and power in simply getting better. 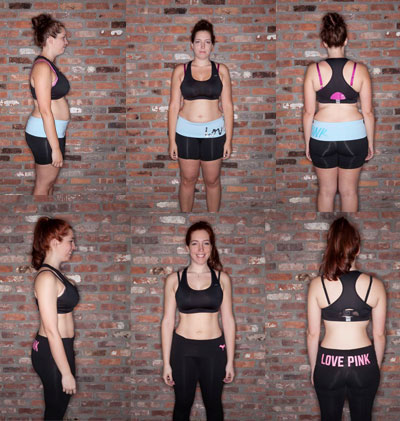 My first introduction to MFF was with Snatched in July of 2012. I remember the frustration I felt with trying to find a clearly defined “why.” I then realized that getting better WAS my “why” and that’s when I really started to feel changes within myself. It allowed me to get out of my own way. I could feel myself improving, in some way or another, every single day. And that was all the motivation I needed. With the never-ending inspiration supplied by Mark, John, and Stacy, I started to own my movement, felt for the first time in a long time that was I worth it, and started getting better.

Seven months later, I’ve lost 25 lbs, almost a dozen inches overall and grown stronger than I ever dreamed possible. I’ve had to take a small hiatus from MFF due to travel this month and its given me amazing perspective on my journey. I now have an even deeper appreciation for the gift that has been the philosophies bestowed upon me throughout my training at the clubhouse. One that keeps returning to me in my time away is that good ol’ philosophy of putting quality over quantity. As I’ve returned to the throngs of “normal gyms” I grow increasingly grateful for knowing the value in this. I find myself surrounded by people aimlessly jogging on treadmills, over-extending their movements, and counting out reps as their form deflates. Rather than judge others for this, I choose to focus on the appreciation I have for my own knowledge. The knowledge that propels me into staying healthy, growing stronger, and getting better. The knowledge that transformed me inside and out. The knowledge that I gained at the bad ass, glittery rainbow unicorn jizz-filled, kettlebell swinging, cultish, ever-inspiring place that is Mark Fisher Fitness.