Many Ninjas have overcome some incredible obstacles on the way to health and hotness. We believe that telling your story will inspire others to triumph over their own challenges.

Many Ninjas have overcome some incredible obstacles on the way to health and hotness. We believe that telling your story will inspire others to triumph over their own challenges. 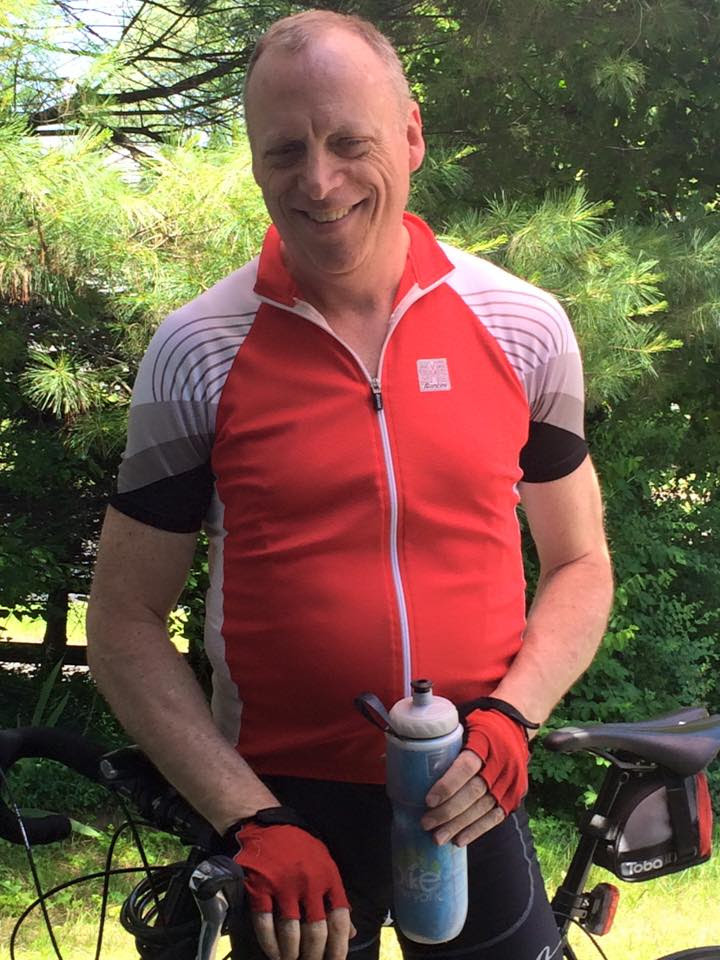 In July of 2014, an announcement was made at the start of my Wednesday morning Kick-Ass class. ‘Goals Bitches! was to be presented by Mark Fisher. It was a workshop to give shape and intention to one’s dreams and life plans. Others who took it professed that the seminar was life changing. It was scheduled on a day I was not available.

“Shit.” I thought. “I would have done that.” After finishing Snatched in November I continued with two or three classes each week. Now it seemed right to take what had been learned there to the world beyond the exercise studios on West 39th St. “Well,” I thought, “I’m a grown-up. I don’t need a workshop to set myself a new goal.” Placing a large kettlebell on the mat for the first swings of the day I decided to hand the question to the universe, offering a quick prayer for a cosmic nudge in the right direction and for the wisdom to recognize it as such.

Later that day I searched the web for a massage therapist seen many months earlier. My lower back was in agony. I should have focused more on the swings that morning and less on my life path. Anthony’s picture on the website showed me I’d found the right person. His bio also said he was a member of a cycling team that took part in the annual Northeast AIDS Ride, Cycle for the Cause. An appointment was set for the following day.

Anthony greeted me in the waiting room. He was a fellow Ninja and understood the risks of our workouts. I explained that I’d also been biking every week. He tried to convince me to join the ride in September. I balked, explaining the longest I’d ridden was 55 miles. This was a 265-mile three-day ride from Boston to New York.

“I’m doing it and I haven’t ridden all summer,” he countered.

“Well, I’ll think about it,” I said, face down in the padded doughnut supporting my head. The ride was a few months away. It might be enough time to prepare. The kettlebell classes proved I could keep up with much younger men and women. Snatched proved I had perseverance and was not intimidated by physical exertion or soreness. And staying healthy while living with HIV proved I could be fanatically single-minded in pursuit of a goal. Although “not dying” was a more compelling incentive than the free t-shirt and bragging rights offered by the ride.

After eight months at MFF the changes in my body reflected my spiritual growth. My shoulders no longer hunched around my chest. I was standing taller with my heart and throat more exposed. My body no longer needed the extra pounds as a shield. “Look at all of me now,” it was saying. “This is who I am.”

Was it Anthony’s massage that relaxed me so much that I might actually consider this ridiculous challenge? After my appointment I met with the director of the ride. He was sitting at the far end of a quiet bar in Chelsea. Steve also tried to reassure me that I was already capable of finishing the 3-day trek. He then talked about the HIV and AIDS programs at the LGBT Center, the beneficiary of the fundraising efforts. I was grateful to learn that after paying the ride expenses, all the funds went directly to the programs.

“I don’t think I’ll have a problem reaching the minimum but, ugh, I mean, well, does anyone like asking for money?” My wine glass was now empty.

“We’ll help you as much as possible. We’ve been doing this a long time and know what works.”

I didn’t find it comforting. Nothing about the fundraising would be comfortable. Asking others for money, even for a good cause, might be harder than the actual ride.

Steve paused as the bartender set down two full glasses. “The more personal you make your request the better.”

“Well, if the letter’s coming from me, isn’t it personal?”

“You could talk about the reason you took on the challenge, maybe you’re riding for friends you’ve lost or a family member.”

“You mean, like…” My heart started beating faster. I suddenly understood where I was being led, not by Steve but by the angels to whom I’d been praying for guidance.

“Well… this year marks my 30th anniversary of living with HIV. Something like that?”

Taking a sip of his chilled Sauvignon, Steve gave me that gay look-over-the-wineglass with a half-smile that said his work in the bar was done. “That works,” he said.

Over the next ten weeks I rode and rode, in good weather and bad, adding miles each week. I sent out a fundraising letter to everyone in my contacts list and posted the same message on my Facebook page, asking that it be shared. Hitting the send button on that post was hard. My family and friends were aware of my health status but I’ve tried not to be too public with the information, preferring that colleagues and acquaintances get to know me before the label of HIV blotted out the rest. Now I was asking the world to share in the accomplishment of my good health so others who didn’t have the same love, support and luck might benefit.

The result was astonishing. I raised nearly ten thousand dollars. But more importantly, every day that summer my fundraising page received powerful messages from family members, friends, distant cousins, college classmates, former neighbors and casual acquaintances. Facebook photos posted from my training rides spurred more cheers and donations. Their support pushed me up many of the long hills on my solo training rides. I can’t imagine what others thought as they witnessed a middle-aged man in spandex huffing along 9W wiping away tears with his fingerless gloves.

I heard from two men who shared their own HIV histories. One was a long-time survivor (27 years!) and the other was still adjusting to the weight of his diagnosis after a year or so. Both men kept their status a secret to all but a select few. I was honored to be invited into their confidence and gratefully offered a safe and sympathetic ear. Their secret, revealing both fear and shame, was the metaphysical arm of God reaching down to bitch-slap me into action. This story was meant to be shared. There is still so much work to do; to eliminate the shame, to support those living with HIV and AIDS and to preach the gospel of prevention.

Everyone at Mark Fisher Fitness – Mark, the inspiring trainers, the dedicated staff and my fellow Ninjas, helped me reconnect with that person who lost sight of his dreams and goals. They helped me understand I am and have always been capable of moving mountains. I’ll continue to tell my story, finding new mountains along the way. However, I would prefer not to climb them all on a bicycle.

Are you ready to begin your journey to health and hotness?