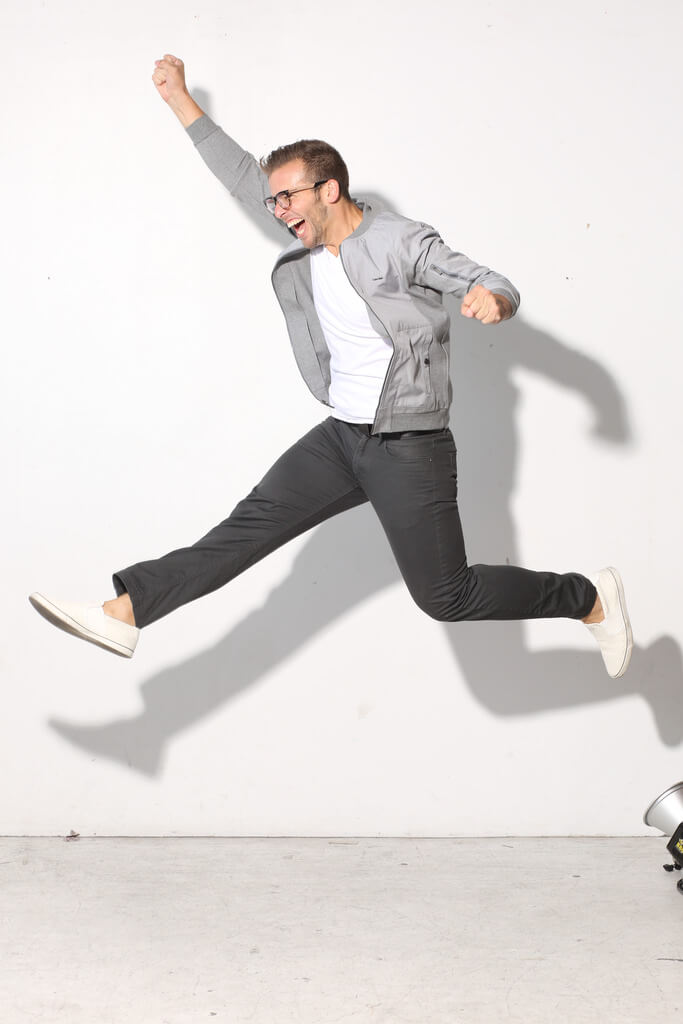 On March 12, 2009, Miley Cyrus released her hit song “The Climb.” I remember thinking she was a pretty stupid asshole and the song was ridiculous. However, sometime in the last month, I was walking home from the Clubhouse and it randomly came on over my headphones (and by “randomly” I mean “I found it and hit play”) and before I knew it, I was walking out of a deli before my eggs were ready because I didn’t want them to see the buckets of water pouring down my face. DAMN YOU MILEY!

The song is fucking brilliant.

I have always struggled with weight. At the elementary school I went to, they used to put our height and weight on our report card. In 4th grade, I crossed 200 lbs. and never looked back. I remember feeling like my weight was the talk of the school – my family was involved, the school nurse, and guidance counselors. It was the beginning of 20 years of body image hell. I grew to 250 lbs. by my teen years and spent the majority of my 20s between 250 and 280… except for 2013 (keep reading).

So, quick rundown (and this is important information for later), in 2006 I moved to NYC, in 2007 I moved in with a stranger on Craigslist who ended up becoming my (straight) best friend named David, and he quickly introduced me to a girl named Helene that was dating one of his friends at the time because he thought we would get along. Well, he was right. Nine years later and I’m still obsessed with both of them.

Helene is an actress (I am not). She has never been to MFF, but she knew of it through her friends and the theatre community. She and I were neighbors (and besties) in HK and she had front row seats to my weight battle. She was the one who introduced me to MFF back in 2012. IF I ONLY FUCKING KNEW, people. The first three people I met were Brian, Kyle, and Mark… because this was the old days. Needless to say, I signed up with high hopes…

But something was off.

It was me. I had just gotten a huge promotion at work and told myself I was too busy for the gym. And that I didn’t fit in. You see, when we are going through hard times in life, we tend to write stories for ourselves that what is happening is what we deserve and that we have no say in the matter. I don’t have the space here to get into it, but if you’re going to write a story for yourself… BE THE FUCKING HERO. Alas, that is easier said than done. Because within a few weeks of joining, I had gone MIA from MFF and down a slip-n-slide of total self misery.

As 2012 came to an end and my career took over my life, I was writing a new story for myself: “You were never meant to be healthy or have the body you want, Tyler. Might as well own it and eat and pretend you think the whole thing is hilarious instead of boring your friends with another attempt at weight loss.” And that story came true. By the spring of 2013, I was 357 lbs. and didn’t know what happiness was. And because I couldn’t fake it anymore and was embarrassed about how far I had let myself go, I hid from the entire world. My community was gone.

But then I got a random email. It was from Mark. He was just saying hello to one of his old Ninjas. I mean… who does that? And the poor guy, I unloaded on him. Told him that I was up about 100 lbs. since he had last seen me, I had lost my friends, and that I was a work zombie. I was pretty sure I wouldn’t hear from him ever again, but obviously I was wrong. Within an hour he had connected me with Brian who became my life coach. Brian and I began working and taking baby steps towards the great unknown. I started going back to a big box gym (I hadn’t wrapped my head around classes at this point) and things started to feel good. I was losing a little weight and starting to get happy.

At the end of 2014, I made the plunge and signed up for my first ever round of Snatched. That was it! I was hooked. To this date, some of my best friends are the people I randomly met doing Snatched. I ended up doing it four times in a row and was feeling like the king of the world. 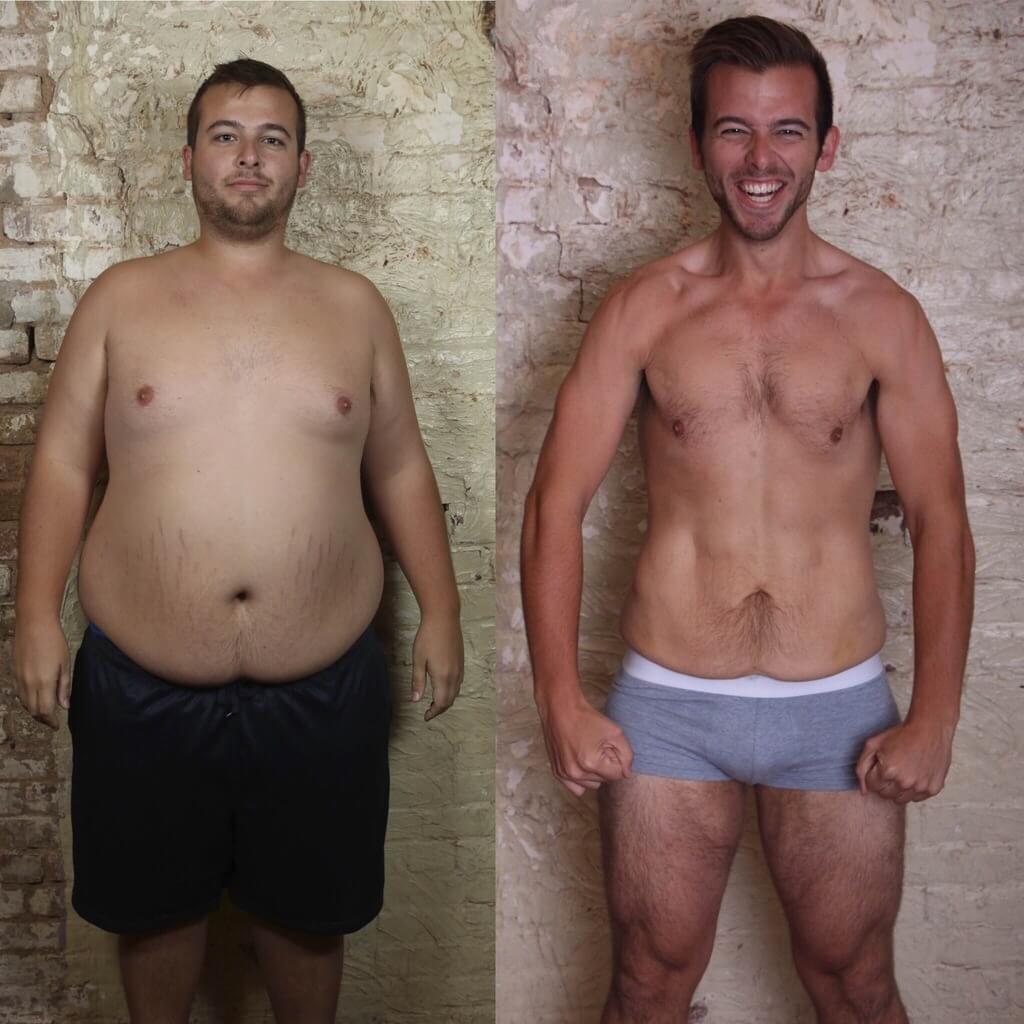 The community and friendships I was making at MFF were out of control. As were my eating habits. Towards the end of 2015, I accepted that my issues with overeating were bigger than me and I needed medical help. On December 15, 2015 I had the gastric sleeve. I was nervous to tell MFF, but they 100% had my back. Every trainer reached out to me with support and love. Upon returning, I did a 90-day fitness challenge, and again, had the entire Ninja Army behind me with insane support. Don’t forget people, this is just a gym.

I have now lost 175+ lbs. I have the body I always dreamed about. I weigh 184 lbs. (at 6 ft tall), a number I hadn’t seen since 4th grade. But I have so much more… I am happy, confident, and surrounded by love every day. Laura and Landen and so many other trainers work with me to absolute perfection and lend their hearts with such generosity.

So I leave you with this: everything really does happen for a reason. Moving in with a stranger on Craigslist who became my best friend and introduced me to another best friend who introduced me to MFF because of my struggle with weight are among the best things that have ever happened to me. I start just about every day in the arms of the Enchanted Ninja Clubhouse, and I can’t imagine any other life. I’m absolutely the luckiest person to have lived every moment I’ve lived in this life, and none of it would have happened if I hadn’t struggled with my weight.

And for that, I couldn’t be more excited for whatever mountain is next on this climb.

Are you ready to climb your next mountain? Want to learn more about Mark Fisher Fitness? Request a time to come visit us for a Health and Hotness Strategy Session.