As long time readers know, an ongoing topic of discussion on this blog is the body’s counterintuitive behavior.  Oftentimes, the body responds to our efforts in ways that don’t seem to jive with what we would expect. Getting pumped up doesn’t lead to lasting muscle gain, doing crunches doesn’t burn body fat on your stomach, and epic amounts of cardio don’t get most people very shredded.

As long time readers know, an ongoing topic of discussion on this blog is the body’s counterintuitive behavior.  Oftentimes, the body responds to our efforts in ways that don’t seem to jive with what we would expect. Getting pumped up doesn’t lead to lasting muscle gain, doing crunches doesn’t burn body fat on your stomach, and epic amounts of cardio don’t get most people very shredded.

One of my favorite myths to debunk is the notion that eating six meals a day is superior to lesser meal frequency.  Whenever I see this myth, I love to pull out my trusty rhinestone-bejeweled Axe of Truth of Glory and do a flying leap into the sky, only to come down on this myth’s face with said axe.

Once again… counter-intuition!  It makes SENSE that six meals a day would be better.  After all, the logic is sound; by feeding the body small meals, you “stoke the metabolic furnace.”  Furthermore, this steady supply of food encourages the body to burn fat.  The forever famine- fearing body is far more willing to depart with your love handles when comforted by a steady stream of food.  And of course, there’s no way to build or maintain metabolically expensive muscle tissue without a non-stop stream of protein.  Sounds good right?

Oddly, although many conventional fitness folks still swear by it, this was actually disproven in the mid 90’s.  And to be clear, this isn’t one of those muddy issues that often bedevil fit pros; there’s a rare consensus that there’s no physiological benefit to six meals a day versus three.  As always, the Law of Thermodynamics (and total daily calories) wins.

This isn’t to say six meals a day is “wrong”; for folks that prefer this lifestyle, it’s a perfectly find way of living health and hotness dreams.  And for folks who need a shitload of calories while adding mass, this may be a more practical way to do it.  But for most of our Ninjas at MFF, we’ve found six meals a day to be impractical and hyooooge pain in the ass.  Particularly if you’re a smaller human looking to lean out, there’s something irritating and unsatisfying about having six meals consisting of two bites of chicken and a piece of broccoli.  Plus bringing tupperware everywhere is annoying as fuck.

Once the industry realized we didn’t have to be chained to eating small meals throughout the day, it was only a matter of time before progressive folks starting playing with other patterns of food intake.  There are a number of popular variations currently in vogue in the fitness industry.  Ori Hofmekler’s  Warrior Diet basically consists of one large meal a day for dinner.  Brad Pilon’s Eat Stop Eat recommends using one to two 24 hour periods of fasting as an ongoing lifestyle.  Martin Berkhan’s Leangains Intermittent Fasting protocol is built around eating in an 8-10 hour window with daily 14-16 hour fasts.  And not surprisingly, they all seem to be effective if implemented properly. 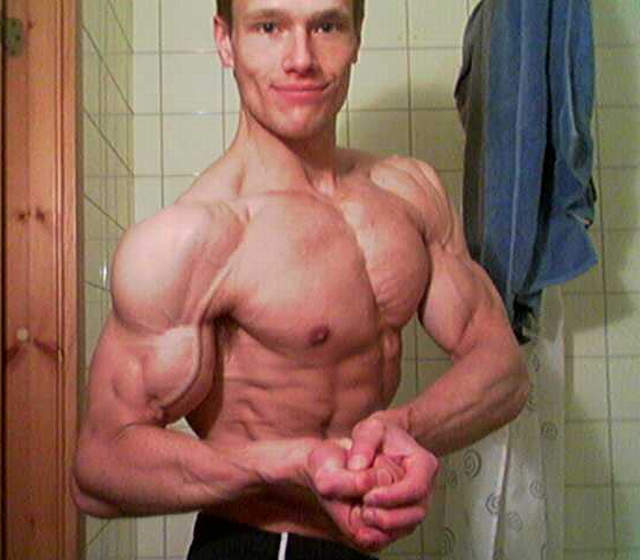 (As a quick aside, these sports nutrition-y variants are different from “cleanses.”  Cleanses seem to also use a type of fasting, but so far as I can tell, instead of actual science that thoughtfully manipulates bio-chemical processes, they focus on cleansing the body of mysterious “toxins.”  As always, happy to hear your perspective if you think there’s validity to this.  I love getting better!  But as Dr. Layne Norton recently asked on Twitter, I’d be curious to know what toxins specifically.  So kindly state their chemical composition and enlighten the industry at large.)

Is a variation of intermittent fasting right for you?  Well… (wait for it… wait for it…) it depends!

Since I was first introduced to the concept, my perspective has evolved.  Quite frankly, while the meal pattern isn’t the first thing we’re going to address with Ninjas, I do think for many folks that IF is a great way to go.  Although there are no hotness benefits until you’ve reached the stubborn fat threshold, IF does seem to offer some real psychological benefits.  If someone is dieting, sometimes it’s easier to just NOT eat for a few hours of the day than it is to make the right choice.  We’ve also found busy people do better having to fit in less “feedings”; less food prep, less time spent eating, less freaking out if they’ve gone three hours without some nuts.  Furthermore, there has been some promising research that suggests some possible health benefits to IF.

For a long time I resisted being super public about my growing love affair with IF.  Number one, it’s still not the first thing I want folks focusing on.  If you’re eating cupcakes and pizza and drinking four Cokes a day, I don’t really care if you’re eating them in an 8 hour window.  Number two, the calories in, calories out model still rules the school, so I want folks to have a handle on that, as meal timing has always been of secondary importance.  And lastly, I was reluctant to introduce my Ninjas to a way of eating that could easily slip into another variant of IF, Not Fucking Eating.  I’m keenly aware of the very human tendency to think more is better.  I also know many of our Ninjas have a complicated emotional relationship with food and a history of eating disorders, and I was concerned that folks would take it too far.

That said, as my buddy John Romaniello wisely notes, you’re already fasting for periods every day. If you’re not doing it thoughtfully, then you’re employing Haphazard Fasting.  (For an excellent break down of various IF protocols, check out Roman’s pieces here and here.)

After getting some of the best (and easiest) hotness results of my life over the past year using IF, and after seeing many Ninjas and MFF team members really take to IF as a lifestyle, I’ve finally decided to come out of the closet.

Now if you love the structure of eating six meals day, go fucking nuts!  I still totally heart you.  However, if you’ve been struggling with that particular meal pattern due to the constraints of your lifestyle, I strongly encourage you to consider reducing meal frequency.  And if you want to stick it in deep and give one of the above- mentioned variants of IF a run, I say go for it!

Again, IF is not for everyone.  As the Bro Slayer Alan Aragon is fond of saying, “the most important variable is compliance.”  At the end of the day, meal frequency and timing are secondary to total caloric (and nutritional) intake, so the most important determinant is personal preference.  And let me also throw in my usual nudge to consider food quality and your health, even if your current focus is on food quantity and your hotness.

If you’ve felt enslaved in the chains of six meals a day, dear reader, I bid you break free!!  A bold new world awaits you.  And maybe, just maybe, you’ll find a new nutritional lifestyle that serves not only your health and hotness, but also the most important h word.