Mark Fisher Fitness has a way of bringing out people’s weirdest and most creative selves, for the team and Ninjas alike. While I wish I could claim to be some marketing genius, many of the “branding choices” we’ve made are really just the normal (disturbed) rumblings of a ridiculous mind.

Mark Fisher Fitness has a way of bringing out people’s weirdest and most creative selves, for the team and Ninjas alike. While I wish I could claim to be some marketing genius, many of the “branding choices” we’ve made are really just the normal (disturbed) rumblings of a ridiculous mind.

Even casual observers of Mark Fisher Fitness know that we call our clients Ninjas.  The word “client” doesn’t really feel right when talking about our beloved and diverse army.  Not only does it feel all business-y and shit, but it does nothing to convey the respect and honor we feel towards those who entrust us with their health and hotness.  MFF is many things; cold and clinical are not among them!

Over time, the concept of an MFF Ninja has really started to flesh out and take on a life of its own.  Although “Ninja” technically refers to “a member of a class of 14th-century Japanese mercenary agents who were trained in the martial arts and hired for covert operations such as assassination and sabotage”… MFF Ninjas tend to be a bit more cuddly. 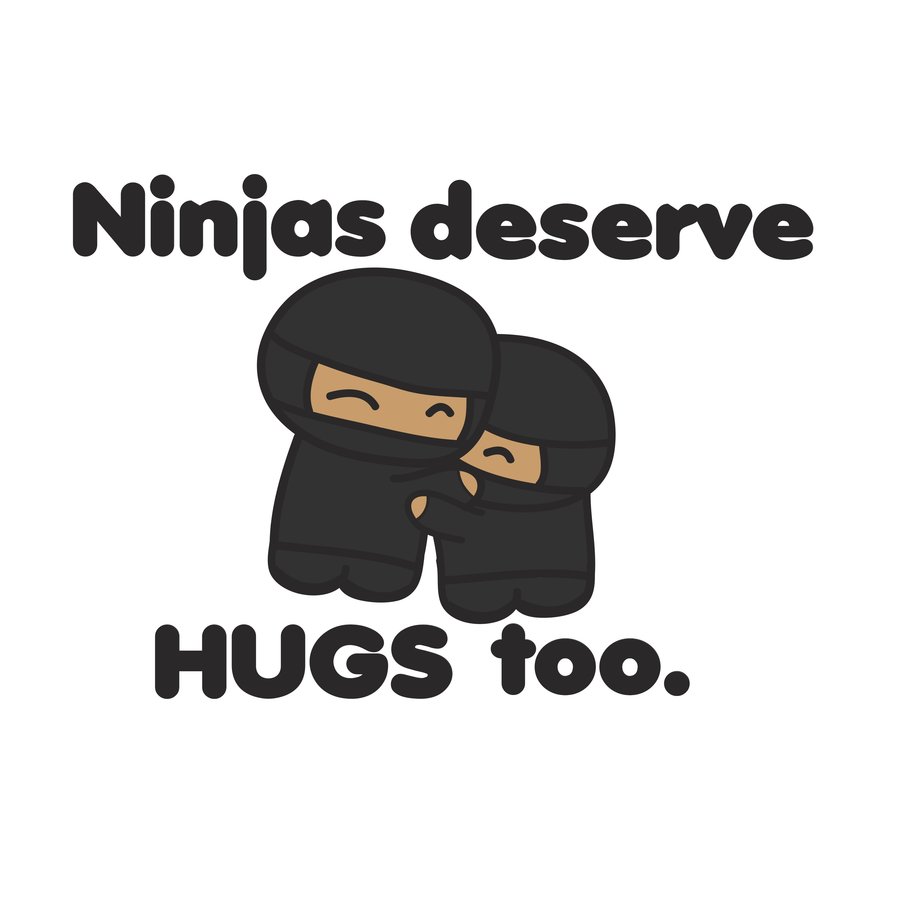 We’re kind of like this.  We’re cuddly as fuck. (Generally though, we’re a bit leaner.)

In our world, a Ninja is someone striving to be their best self.

A Ninja is someone who’s willing to do the thing that will make them better, even if it’s scary.

A Ninja has the courage to stay true to their technique even while dealing with physical and mental fatigue at the end of the workout.

A Ninja practices self-respect by knowing their limits and never pushing through bad pain.

A Ninja is always looking for the razor sharp edge of ability that allows them to stay in the realm of possibility.  A Ninja is a tickler of Dragons…

A Ninja values health before hotness.  A Ninja appreciates that health is the foundation of long term hotness.

A Ninja doesn’t believe in shortcuts.

A Ninja prioritizes movement quality as a barometer of honor.  When quality of movement is compromised, a Ninja knows their set is over.

A Ninja knows the journey never ends, but also chooses to celebrate each small victory.

A Ninja is constantly finding and refining the balance between raw, whole-hearted passion and mindful technical precision.

A Ninja uses nutritional intake to reshape their physique.  They do not try to out-train their diet.

A Ninja is competitive as fuck, but they only compete with themselves.  A Ninja runs their own race and sets their will on getting 1% better every day.

A Ninja embraces community.  They reject the fallacy of the lone wolf and they know that none of us ever truly succeed alone.

A Ninja believes it’s possible to take our work seriously, while never taking ourselves seriously.

A Ninja does not seek to be perfect.  A Ninja seeks to get better.

A Ninja knows that training is about more than the body.  A Ninja knows fitness glory is an act of self-love for the mind, body, and soul. (TWEET THAT SHIT!)

A Ninja balances a profound belief and confidence that their inner self can do anything with a sense of humility for the limits of any human body.

A Ninja looks to be a source of support and light for those around them in all realms of their life.  They know that only by taking care of themselves first can they truly be of most value to the world.

A Ninja knows humans were meant to move.  A Ninja rejects a life without movement.  A Ninja claims movement and physical exertion as a privilege that communes them with the best of our human heritage.

Yep.  Ninja life is a bit different than most traditional fitness pursuits. In fact, I think it’s fair to say our classes are almost a totally different endeavor.

We honestly don’t even like being referred to as a gym.  We’re more like an island of misfit toys.  We’re a collection of folks who share these values and are always happy to embrace a new Ninja into the fold, no matter how their life has brought them to us.

One of our greatest sources of pride is the sheer diversity of the Ninja Army.  In any given MFF class or semi-private training session, you will find the gamut of the human experience; literally all shapes, sizes, colors, ethnicities, ages, and sexual preferences.  The MFF family truly represents the rainbow of the human condition, and I like to think that speaks to the universality and inclusiveness of our message.

We often say that at MFF, we don’t work out or exercise; we train.  There is an intention behind what we do that goes beyond burning calories.  Training is something we do so we’re prepared to be the best we can be for all the people we love in our lives.

In closing, I’d love for you to consider this quote from Socrates.  I often think on this quote, because it speaks to training not as some luxury, but as an obligation we owe to ourselves.

“No citizen has a right to be an amateur in the matter of physical training…what a disgrace it is for a man to grow old without ever seeing the beauty and strength of which his body is capable.  So stick it in deep, son.  Stick it in ballz deep.”