You Can’t Stop the Beat

An amazing workout is nothing without proper tunes! Chris Crowthers breaks down how to master a great “sweat” list and drops the official MFF Holiday Hotness Playlist.

How many times have you shown up for class and not been feeling it but then that song comes on and you go into full on beast mode? There’s a reason for that! Studies have proven that listening to music while working out can elevate mood, reduce your perception of how hard a workout is by 10%, and help to get you in “the zone.” As humans, we have a tendency to lock into a certain rhythm which can directly influence our work rate making our workouts more efficient.  Think of music as being a legal performance-enhancing drug!

Many of you have asked about how I put together my playlists for classes here at MFF, so here’s the skinny on how I curate my lists, which you can use as a quick guide to creating your own! And there’s a special stocking stuffer for you at the end!

As most of you know, Daddy loves him a theme!  Whether it’s Whitney Wednesday, Broadway, Queen Bey, or Rock Hard – I generally will find songs around an idea, artist, holiday, etc. Your theme doesn’t have to be super specific, either.  Maybe it’s simply songs you love or really get you pumped.  Grab an arsenal of songs, dump them into a playlist and now we’ll get to organizing. 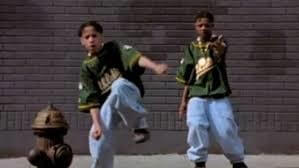 All of our classes at MFF begin with about a 7-8 minute warm up, so I’ll grab two or three song to set the mood or determine the theme.  Because quadruped belly breathing kicks off class, I like the first song to be a little mellower, allowing you all to come into the room, BUT also starts to get the heartrate going for the first.  By the time we get to the end of the warm up (jumping jacks, skater jumps, etc.), I’ll use a song with a slightly quicker tempo because nothing makes me happier than jumping jacks on the beat!

So now that we are in the work out proper, we want to put these songs in an order that creates a musical arc. If they were to just shuffle, you’d be all over place and you can’t go hard straight out of the gate or you’ll shoot your load too early….and NOBODY likes a premature shooter.  Ultimately we want the momentum to build and the best way to do that is with BPM’s….

BPM also stands for beats per minute, a unit typically used as a measure of tempo in music and heart rate.  Since most MFF classes get more intense as the class progresses, ideally you want your BPM’s to increase, too.  There are several websites out there to help you figure out how many BPM’s a song has, like SongBPM.com, as well as apps, like BPM Tap or PaceDJ, that can actually allow you to speed up or slow down a song (although I don’t think you can use these through Spotify).  Also, a lot of “workout mixes” on Spotify list the BPM’s.

Side note: I don’t always look up BPMs, I can usually tell if a song is more “intense” than another.

I always like to “go to church” for the last set, so choose a song or two that is gonna allow you to crush it FULL OUT and leave it ALL on the mat.  Some favorites include “Edge of Glory,” “I Touched the Fire,” “Bootylicious,” and of course the infamous Tracy Young remix of “Defying Gravity”….because duh!

Because our heart rate changes while listening to music, at the end of a workout we need our heart rate to lower. You’ve just gone ham on your last set and your ticker is really going, so try to find songs that turn the dial down some.  So for the MFF classes, I’ll use a transition song (or two) for the foam rolling and breathing, something that shifts the energy a bit, but isn’t a full on buzz kill.  Then for the meditation, I like something totally chill and maybe a little introspective.  There are some GREAT acoustic covers of tons of songs out there like Ane Brun’s cover of “Halo” or Kina Graniss’ version of “Chandelier.”  Some other favorites are ANYTHING by India Arie and “Everybody’s Got Something” by Perrin Lamb.

So there you have it!  Find songs you like, put them in an order that’s gonna build and drive your workout, throw those earphones eat and werq.it.out.

And here’s a little gift for you, dear Ninja!  The official MFF Holiday Hotness playlist!